Scream Factory is preparing the Blumhouse hit Happy Death Day and its sequel Happy Death Day 2U from director Director Christopher Landon and starring Jessica Rothe to the 4K UHD format on April 26.

Happy Death Day (2017): “Blumhouse Productions brings you this original and inventive thriller in which a blissfully self-centered co-ed (Jessica Rothe, Utopia) is doomed to relive the day of her murder … unless she can identify her masked assailant and hopefully stop the madness. If she can’t, she will be stuck in an insane loop, reliving the ghoulish nightmare that has become her death day.” 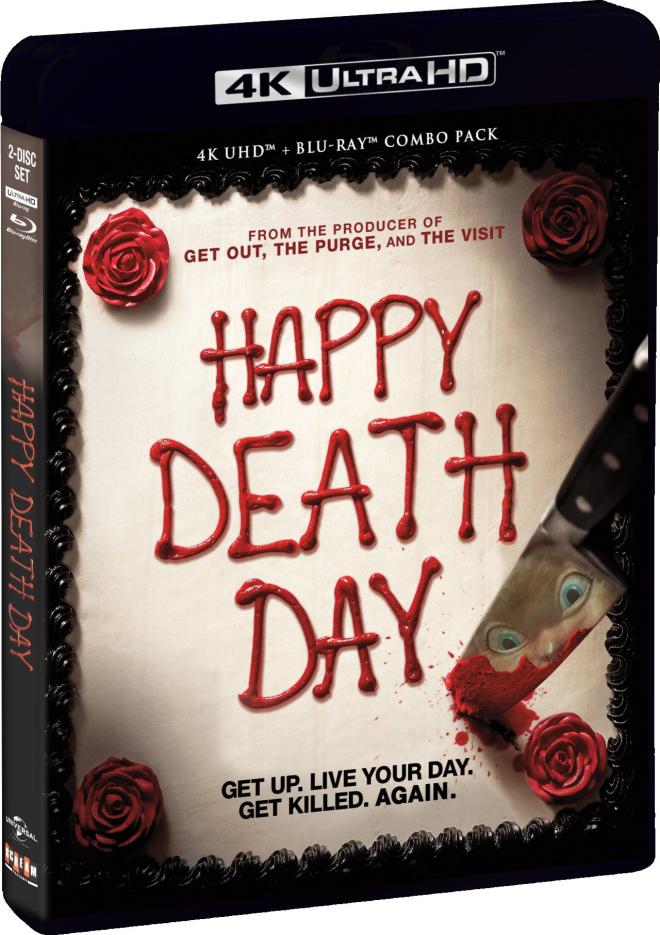 Happy Death Day 2U (2019): “It’s déjà vu all over again for Tree Gelbman, the snarky sorority sister who solved her own murder by repeatedly reliving it. But now the masked campus killer has mysteriously rematerialized to terrorize new targets, and Tree must cycle through another time loop of terrifying chills, clever twists, and pulse-pounding suspense in this inventive follow-up to Blumhouse’s hit.” 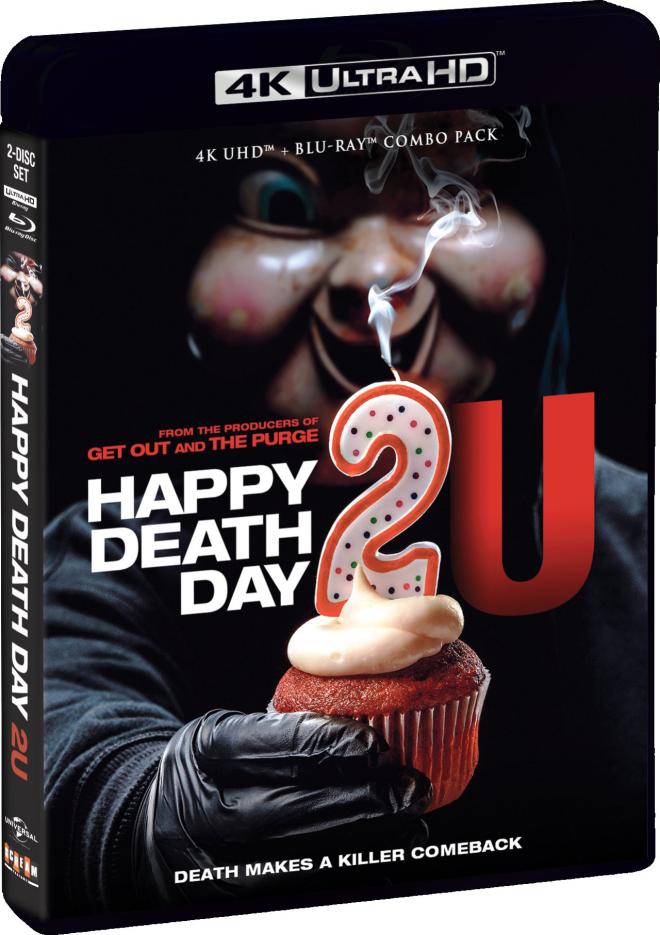 ShoutFactory.com also has an exclusive offer with the following items: 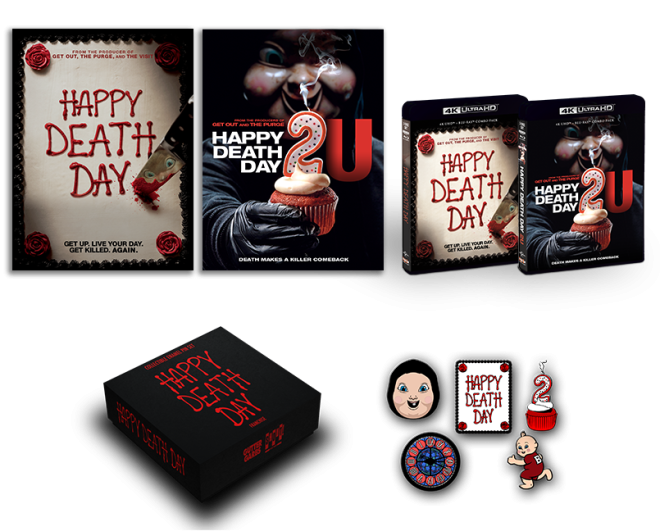 This set is only available from Shout Factory and can be ordered here for $115.99: