The action-comedy will arrive on both formats next month.

In an early announcement to retailers, RLJE Films says Arizona will be available on Blu-ray and 4K Ultra HD Blu-ray on October 16.

In Arizona, Cassie (Rosemarie DeWitt) is a real estate agent and single mom struggling to keep it all together during the housing crisis of 2009. Her problems go from bad to worse when disgruntled client Sonny (Danny McBride) violently confronts Cassie's boss and then kidnaps Cassie – making one outrageously bad, and bloody, decision after another. Things completely spiral out of control in this explosive action comedy.

Each release will feature a lossless soundtrack and supplements will include a making-of and a photo gallery.

You can find the latest specs for Arizona linked from our Blu-ray and 4K Release Schedules, where it is indexed under October 16. 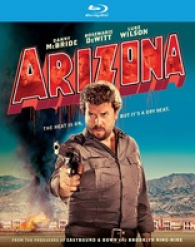 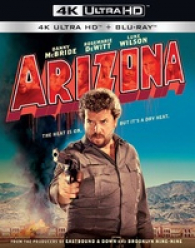