The company's first voice-controlled speakers have been unveiled.

RIVA Audio has announced the latest additions to its wireless speaker lineup. The new Voice Series includes the RIVA CONCERT ($199) and RIVA STADIUM ($449).

The CONCERT is a compact smart speaker model with an optional battery pack for mobile playback. Meanwhile, the STADIUM is a larger, full-range tabletop model for the home. Both speakers feature RIVA's patented Trillium audio tech marked by three discrete channels for stereophonic playback, along with custom-built ADX drivers. Likewise, the units offer multiple connectivity options, including Dual Band Wi-Fi, AirPlay, DLNA, Bluetooth, a USB input, a 3.5 mm analog input, and an optical input (STADIUM only), along with support for high-resolution music (24-bit/192kHz) playback. In addition, the speakers include integrated Alexa support with advanced voice control and communication options. Here's a full rundown of Alexa features per RIVA: 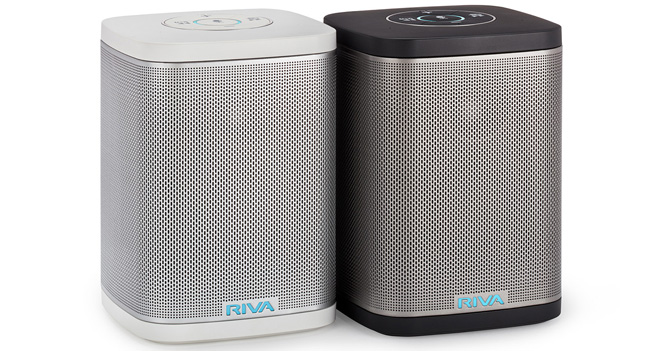 "RIVA is delivering the award-winning sound born out of the stadiums, arenas and theaters of the world right into your smart home! We are thrilled to collaborate with Amazon to bring the power of Alexa to the Voice series. Coupled with RIVA's best-in-class audio and innovative features, these speakers deliver a sound so pure that you can hear the future," says Rikki Farr, Chairman and Chief Creative Officer of RIVA Audio.

The RIVA Voice Series speakers will be available in the US this fall exclusively through Amazon and rivaaudio.com. In addition, the speakers will be demoed at Amazon's booth at IFA 2018 in Berlin from August 31 to September 5.