Oscar®-winners Anthony Hopkins (1991, Best Actor, The Silence of the Lambs) and Emma Thompson (1992, Best Actress, Howards End) reunite with the acclaimed Merchant Ivory filmmaking team for this extraordinary and moving story of blind devotion and repressed love. Hopkins stars as Stevens, the perfect English butler - an ideal carried by him to fanatical lengths - as he serves his master, Lord Darlington, beautifully played by James Fox (The Servant). Darlington, like many other members of the British establishment in the 1930s, is duped by the Nazis into trying to establish a rapport between themselves and the British government. Thompson stars as the estate's housekeeper, a high-spirited, strong-minded young woman who watches the goings-on upstairs with horror. Despite her apprehensions, she and Stevens gradually fall in love, though neither will admit it, and only give vent to their charged feelings via fierce arguments.

The Remains of the Day - 4K Ultra HD Blu-ray 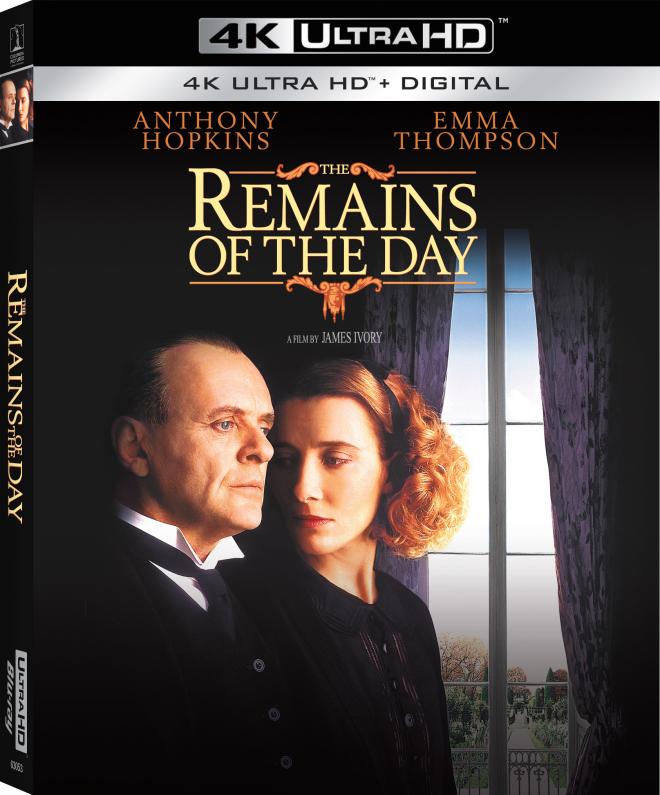 Here is the full press release:

Discs mentioned in this article: (Click for specs and reviews)
The Remains of the Day - 4K Ultra HD Blu-ray (Ultra HD)