Three titles are coming to Blu-ray in March.

In an early announcement to retailers, Mill Creek Entertainment is preparing 'Pulse,' 'What Planet Are You From?,' and 'Marco Polo' for Blu-ray in March.

'Pulse' (March 7) - In today's world of modern conveniences, everything we rely on is run by electricity. But what happens if the power we take for granted turns against us? Old man Holger (Charles Tyner) knows. He claims electricity is a living presence, whose voice can only be silenced by getting rid of anything that can hear it. Bill Rockland (Cliff De Young), however, refuses to believe him. It must have been an accident when an electric spark ruptured the gas pipe that nearly killed Bill's son (Joey Lawrence). And it's surely a coincidence when his wife (Roxanne Hart) is severely scalded by their electric water heater. But when his own power tools attack him and an electrical fire turns their home into a blazing inferno, Bill realizes Holger may have been right after all, and perhaps the time has come to finally pull the plug. 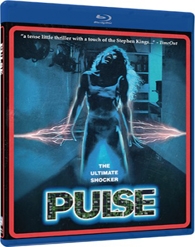 'What Planet Are You From?' (March 7) - To save his planet of men, an alien named Harold (Garry Shandling, Iron Man 2) is sent to Earth to procreate with a woman. But he s worlds away from understanding the opposite sex. As he hits on every female in sight, he runs into one technical difficulty...his member buzzes when he s aroused. On top of that, his pick-up lines are bad and his social skills are worse. Mix in a suspicious FAA official (John Goodman, Argo) and an underhanded co-worker (Greg Kinnear, Little Miss Sunshine) and Harold s mission seems next to impossible. Through it all, Harold s dating game adventures are geared toward one intergalactic goal: scoring until he meets Ms. Right (Annette Bening, The Kids Are All Right). 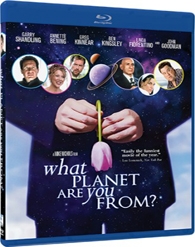 'Marco Polo - The Complete Miniseries' (March 14) - His personal journey changed the European understanding of the world forever. This is the absorbing true story of Venetian explorer Marco Polo s arduous trek to the East and beyond. Literally, it s the adventure of a lifetime. Sent on a mission to accompany two priests to china with the goal of converting Kublai Khan (Brian Dennehy, Golden Globe winner for Death of a Salesman) and his court to Christianity, Marco Polo (Ian Somerhalder, The Vampire Diaries, Lost) finds himself left to carry on alone when the priests turn back. But Polo pushes on till he reaches the court of Kublai Khan where along with his servant, Pedro (BD Wong, Law & Order: SVU) he is accepted and lives for many years despite clear danger. After two decades Polo returns to the West with a chronicle of his experiences. 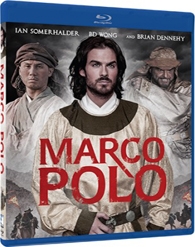 You can find the latest specs for all three titles listed above linked from our Blu-ray Release Schedule, where they are indexed throughout March.

Discs mentioned in this article: (Click for specs and reviews)
Pulse (1988) (Blu-ray)
What Planet Are You From? (Blu-ray)
Marco Polo: The Complete Miniseries (2007) (Blu-ray)