Can you believe it's been 20 years since the first Harry Potter movie came out? Does anyone else remember when Steven Spielberg was going to direct this and wanted Haley Joel Osment as Harry? A lot changed very fast! Now we're celebrating two decades of magic and enchantment for Harry Potter and the Sorcerer's Stone (or Philosopher's Stone if you want to get all U.K. vs U.S. about it) with a new Magical Movie Mode Special Edition that came out this week. 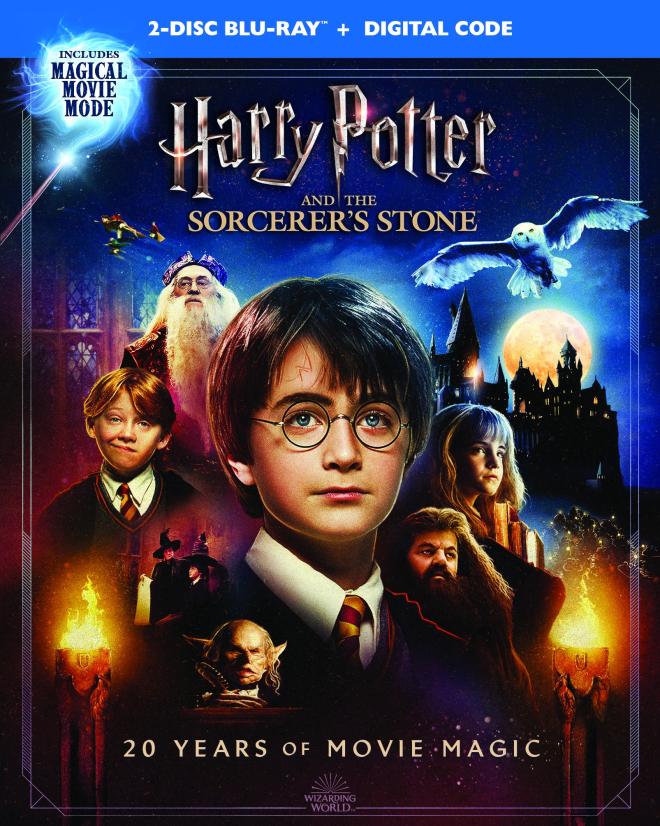 A wondrous new way to experience Harry Potter and the Sorcerer’s Stone! Discover ﬁlmmaking secrets, spell incantations, magical creatures and artifacts and more in this enchanting collection of fun activities and curiosities. Test your knowledge with the Hogwarts Trivia Challenge, and let the magic begin!

Here's a look at the 4K UHD Blu-ray SteelBook available only at Best Buy in the U.S.: 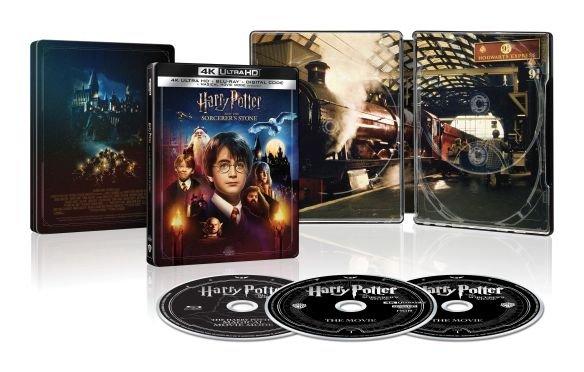 But that's not all - if you've been waiting to get these films on 4K Ultra HD Blu-ray, Warner Brothers is giving fans a nice big deluxe Collector's Edition set of all 8 films on November 2nd with some pretty fancy packaging to occupy all that remains of your shelf space: 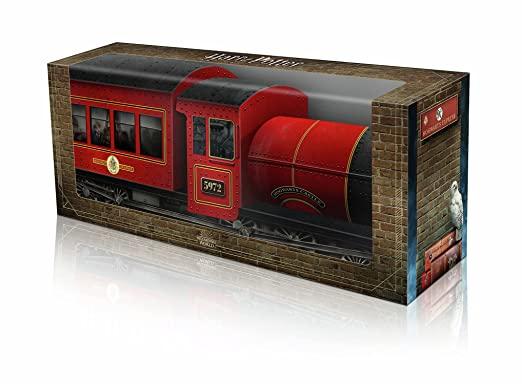 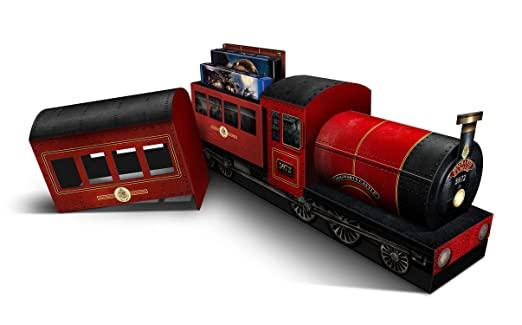 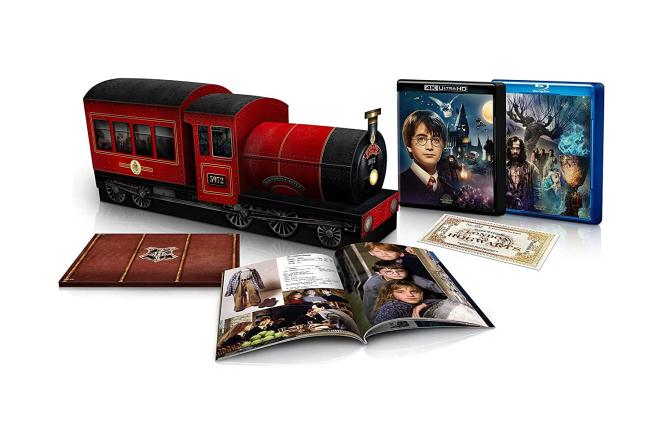 Included are all 8 films on 4K and Blu-ray, A Hogwarts Express replica ticket, and a 32-Page behind-the-scenes booklet. The discs and the films are essentially all the same as before except for the "Magical Movie Mode" for Sorcerer's Stone. On that note, this set really is for folks who haven't added this to their collections already - or unless of course, you're a really HUGE Harry Potter fan.

What do you think? Worth picking up the deluxe packaging to celebrate 20 years of Harry Potter magic? Or are you just going to stick with the set that's already out there?

Once again - thank you for your pre-orders. They really do go a long way towards keeping our little operation up and running.