Time will blur in this dreamy drama arriving on Blu-ray in March.

In an early announcement to retailers, Grasshopper Film is preparing 'Kaili Blues' for Blu-ray on March 14.

In a small clinic in the rain-drenched city of Kaili, two preoccupied doctors live ghost-like lives. One of them, Chen Sheng, decides to fulfill his dead mother’s wish and sets off on a train journey to look for his brother’s abandoned child. His partner in the clinic, a lonely old lady, asks Chen to find her old lover, and pass along to him a few mementos: an old photograph, a shirt and a music cassette. On the way, however, Chen passes through a mysterious town called Dangmai, where time is not linear and people’s lives complement each other. Here, Chen experiences the past, present and future. It’s unclear whether this place and its inhabitants are the doctor’s dream, or the other way around.

You can find the latest specs for 'Kaili Blues' linked from our Blu-ray Release Schedule, where it's indexed under March 14. 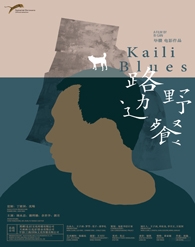 Discs mentioned in this article: (Click for specs and reviews)
Kaili Blues (Blu-ray)