Check Out the 'Homeworld Remastered Collection' Cinematics in 4K

Get hyped with the eye candy.

As has been pointed out on more than one occasion, there are re-releases and remasters galore these days, but next to none can boast of the effort and original talent that is being poured into the 'Homeworld Remastered Collection.' This is no more true than when it comes to the cinematics. The series is known for a story that has made fans, fans for life, but still, the per pixel detail that is going into the revamped visuals are not all immediately obvious.

Having seen some of the game in side-by-side comparison in 4K, my expectation was that readers would have to take my word as to the level of detail going into both the ships and the overall direction of the cutscenes. That changes now to an extent. Gearbox has shared a 4K version of some cinematic examples, including the famous (or infamous) 'The Gardens of Kadesh' opening.

Again, even with these luscious examples, it might be hard to relate exactly what's been done. In essence, by bringing in the original talent, Gearbox is able to take a classic game and remaster it right up to the bleeding edge between taking advantage of modern end users PCs and going so far as to lose the original game's design, aesthetic, and charm.

For a more in-depth look at the game's features, here's an intro:

You can find the latest info on the 'Homeworld Remastered Collection' linked from our Video Game Release Schedule. 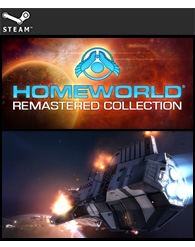