Out this week on a mess of platforms.

From Zen Studios, "South Park: Super-Sweet Pinball brings players to the quiet mountain town of South Park to play alongside Stan, Kyle, Kenny, and Cartman. Meet up with more beloved characters from the show, including Wendy, Jimmy, Timmy, Chef, Mr. Garrsion, Mr. Hankey and even ManBearPig. Experience events from the series like Cartman’s probe, track down ManBearPig and venture to the mysterious land to the north - Canada! In South Park: Butters’ Very Own Pinball Game, you’ll team up with Butters Stotch to take on the Coon & Friends as Professor Chaos, steal the Future Telling Device from the girls’ sleepover and save Imaginationland as the Chosen One."

Zen Studios has been on a roll this year and seems to have perfected a way to work with a popular license, instilling nice touches that when combined with great table designs, are a treat for fans. 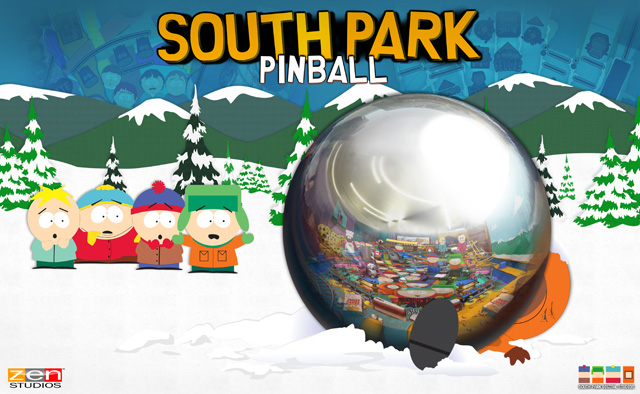