One heck of deal.

Looking for a headset? Well, the much lauded HyperX Cloud II is available right now as part of a great deal. Specifically, this is the HyperX Cloud II, which works on the PC, PS4, and Xbox One. On the PC there is a USB module with controls and 7.1 virtual surround sound, while on the consoles (and anything else) it's a strict 3.5mm cabled connection.

This deal, which has the HyperX Cloud II at $69.99 (rather than the current $99.99 or) has an extra bonus, a Uplay PC version of 'Rainbow Six Siege.' (Order the headset bundle from Amazon here.) 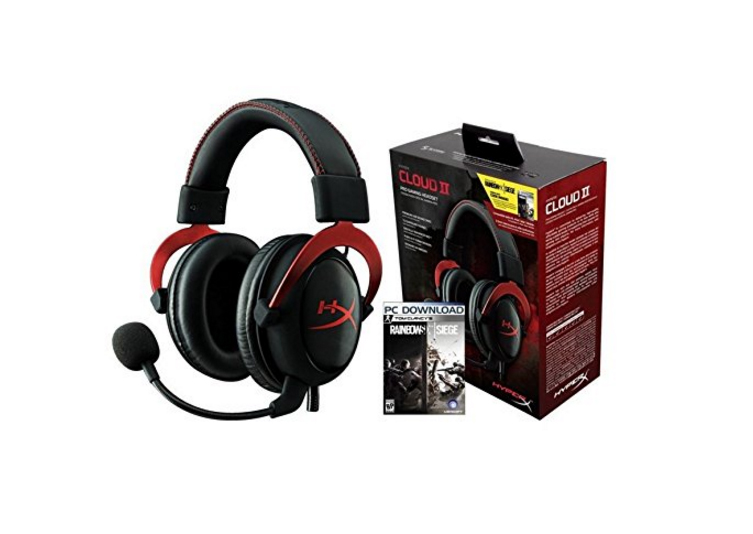 The deal, which is just for today, is like getting $30 off plus a free game.