Here Are The Top Six Highlights from CEDIA 2016

It's been a blur.

CEDIA 2016 was notable for a few things, not the least of which was an ever-present sense of overwhelming tech. From my relatively limited traipsing through the world of CEDIA members, I've picked out a few highlights to share with our readers. And let me note here, one of the best things about CEDIA 2016 was the every present nature of Ultra HD Blu-ray. (No booth was complete without a player running a demo.) And of course, with so many audio installations and custom theaters considerations, there were very few who neglected to mention how both Dolby Atmos and DTS:X could either serve or be served by better arrays of gear. 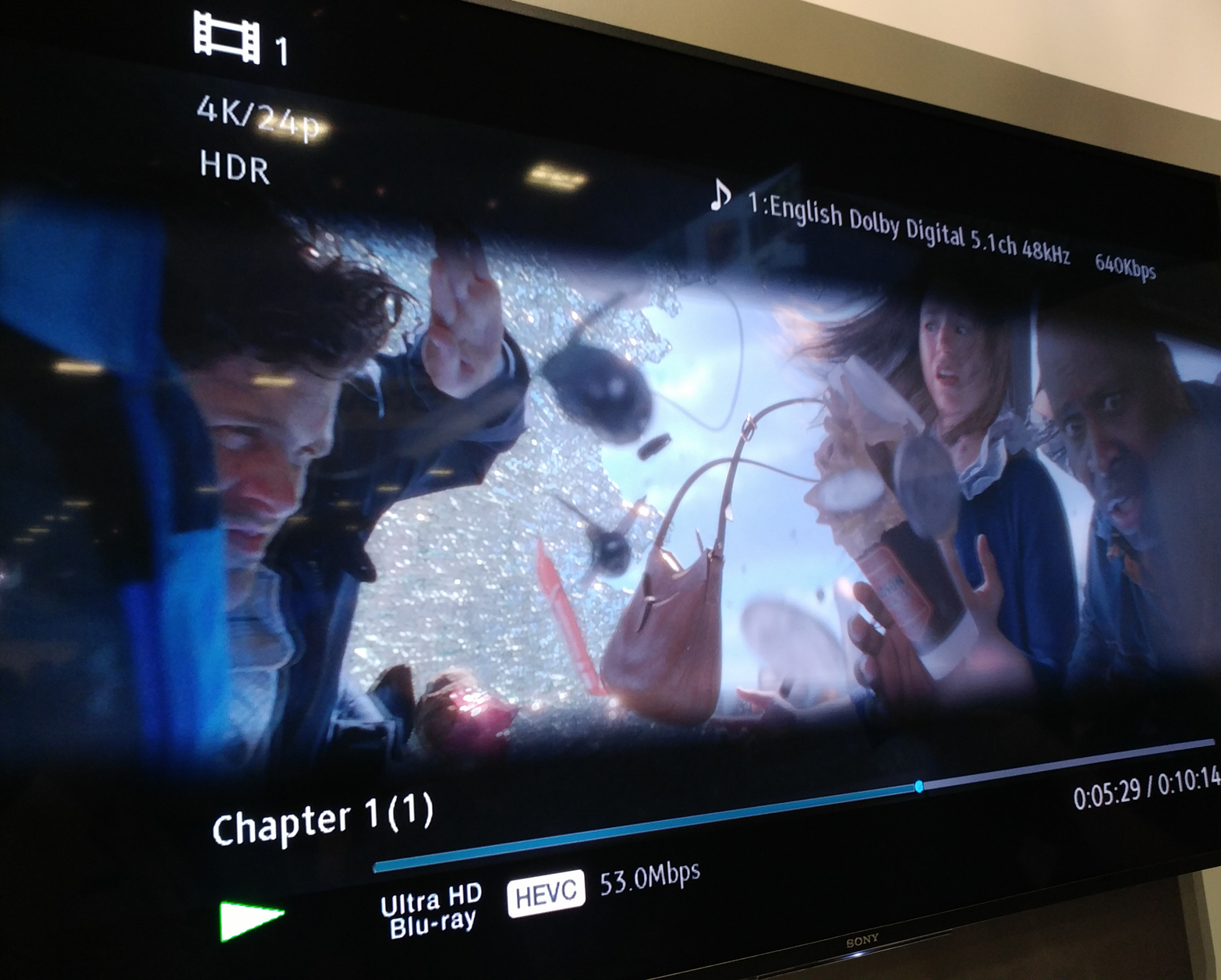 At long last, Sony has their first entry into the world of Ultra HD Blu-ray players. But there is catch, this ES model is only for integrators. (It's pictured here adjacent with a Control4 EA Series Controller).

Even so, it's a pretty clear view of what we can expect when the consumer version is finally announced. (Access to more thorough settings for one, but not necessarily SACD and DVD-Audio support.) The Ultra HD Blu-ray was just one part of Sony's booth, but, at least for this event, Sony made it clear that HDR is an important focus in the current line, both in the Master Drive TVs and in projectors like the VPL-VW5000ES. 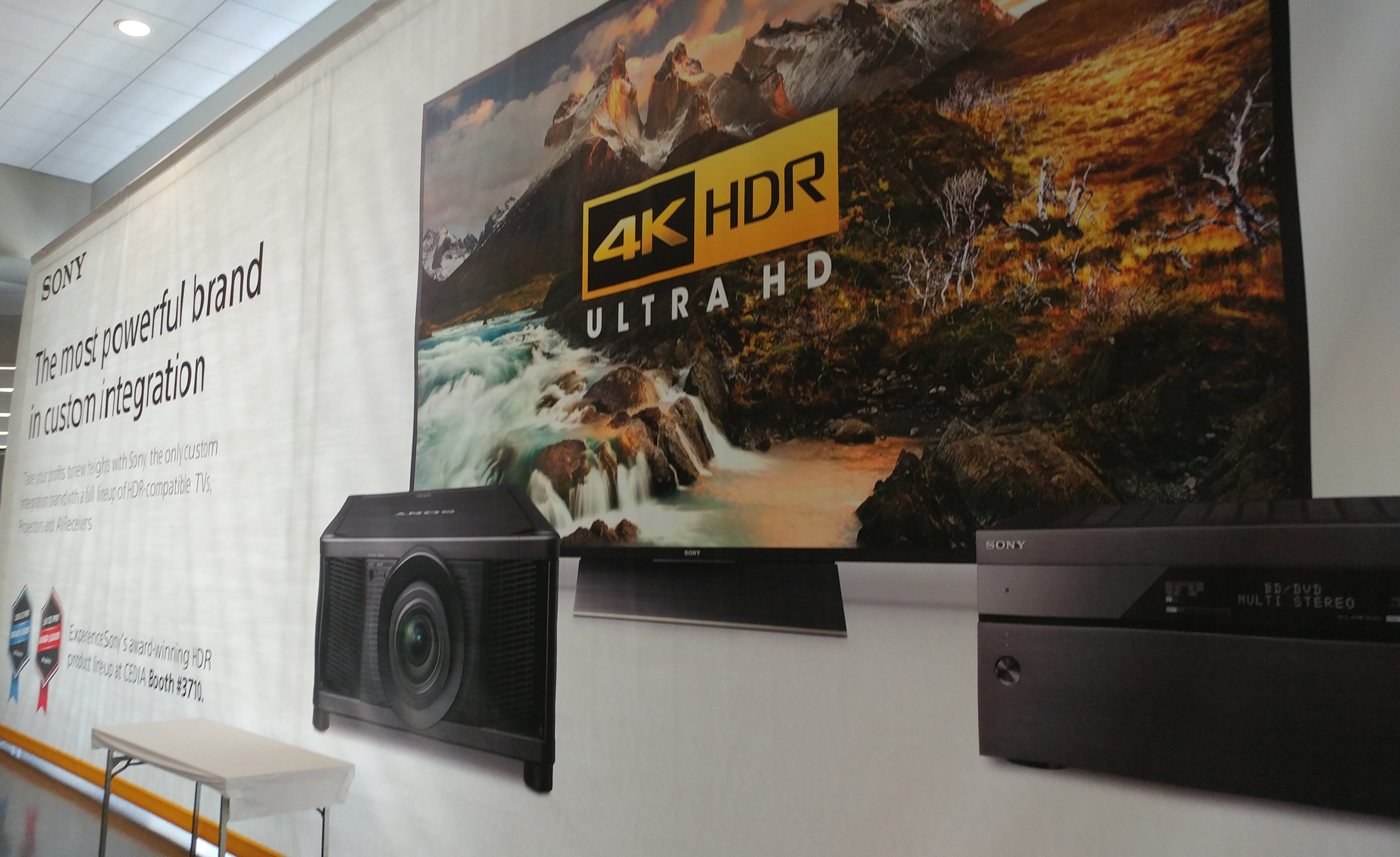 With good reason, most of the serious audio demonstrations at CEDIA 2016 required at the least a demonstration enclosure, and at the most indulgent, a suite. The KEF Blade Two, however, stood in a pair right in the open middle of the KEF booth. 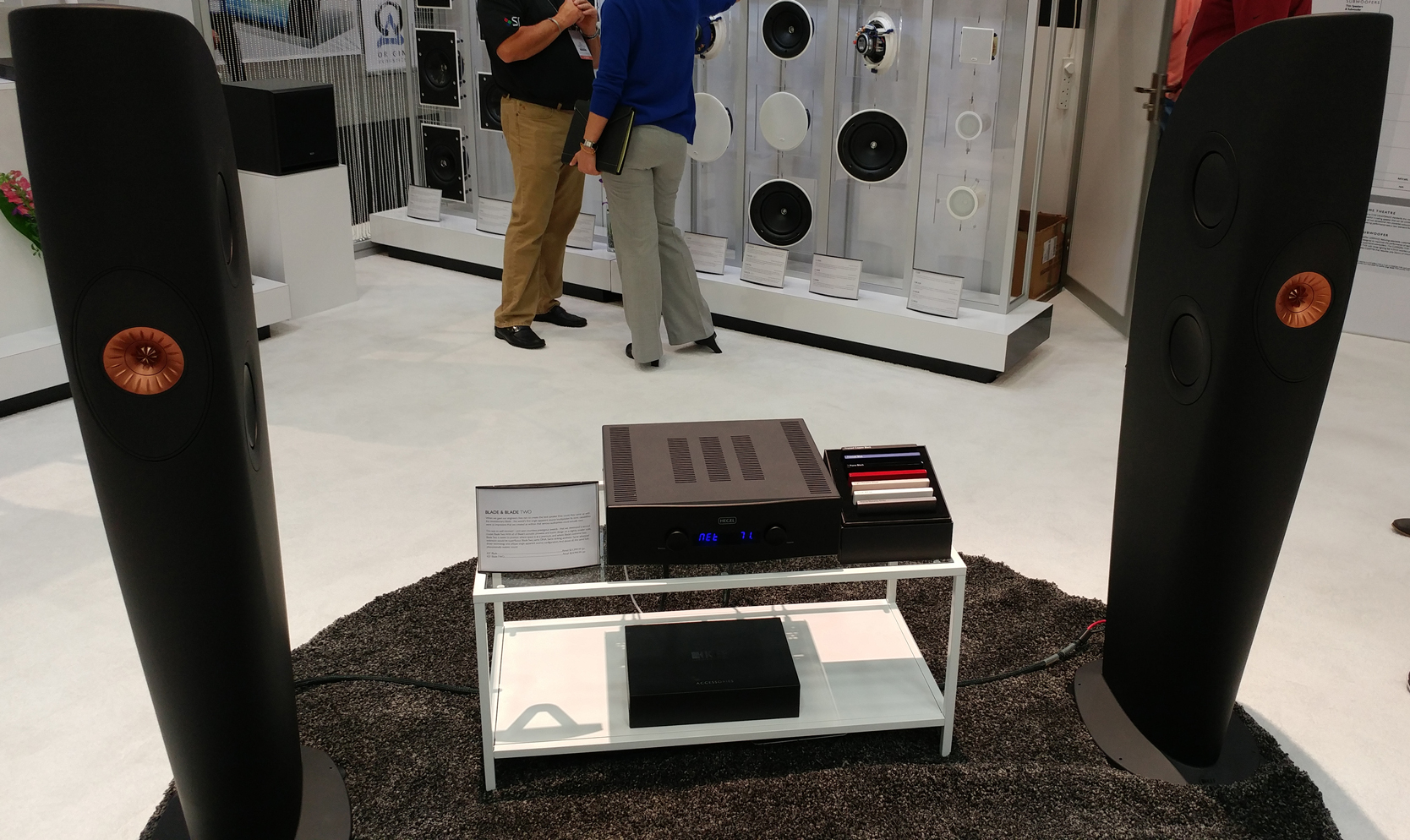 That stereo image, produced by two Blade Twos running off of a Hegel H360 (and networked FLAC tracks), was so poised in the din of the convention center and the booth, I had trouble even thinking of places in homes and well, luxury hotels, that wouldn't be made better with a pair of the large but not intimidating speakers. Naturally, the rest of the booth, which housed gems like the KEF Ci Series, had that kid in a toy store feel. 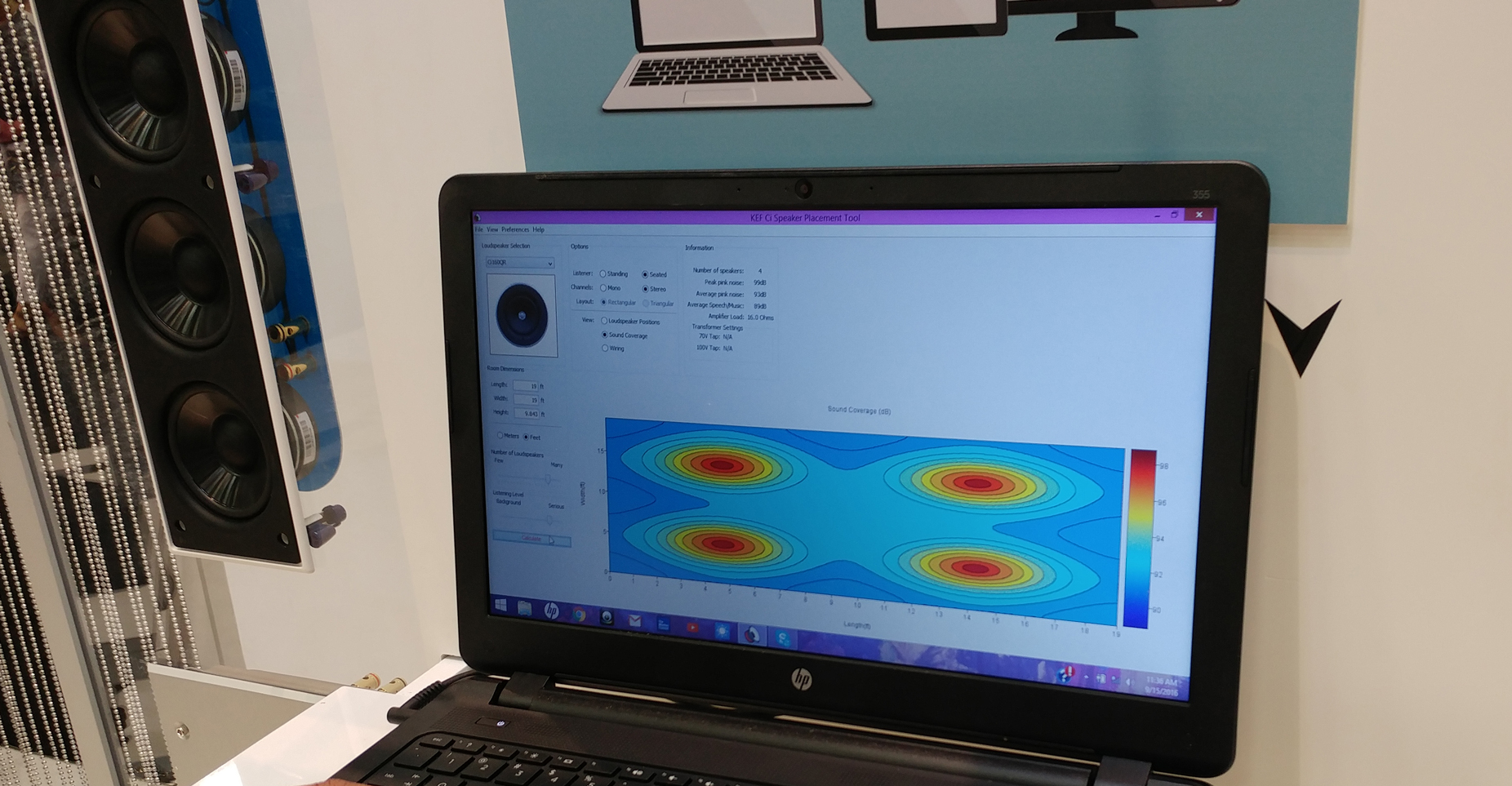 The software the KEF has developed to model an install and illustrate how each piece fits into a room, this is what we need more of.

During this past year, if you haven't had the pleasure of meeting the LG Signature OLED65G6P, now might be the time to take the pilgrimage. Not only is the OLED65G6P basically breathe-taking in that undeniable beauty time of way, but the undeniability applies to both the picture and form. And here, in mid-to-late 2016, what could LG do to top this show-stopper? That would be to debut a 77" version. 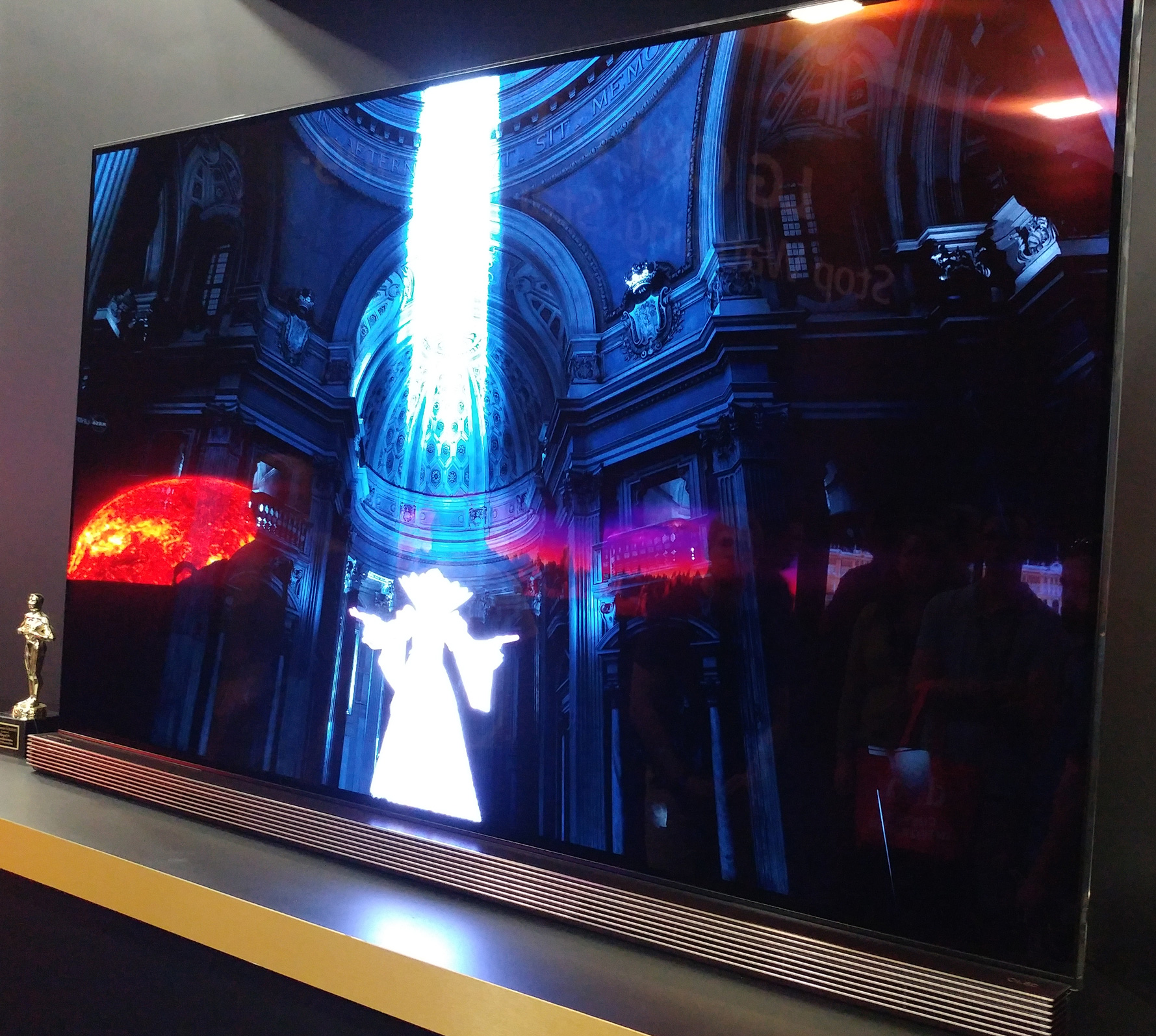 This new model exudes the same lines, but in a greater size more apropos of in-home cinema. The reason I say that now is a good time to make the trek to see the Signature line is that the 77" (and its even bigger $20k price tag) is already ready at certain showrooms in the States. 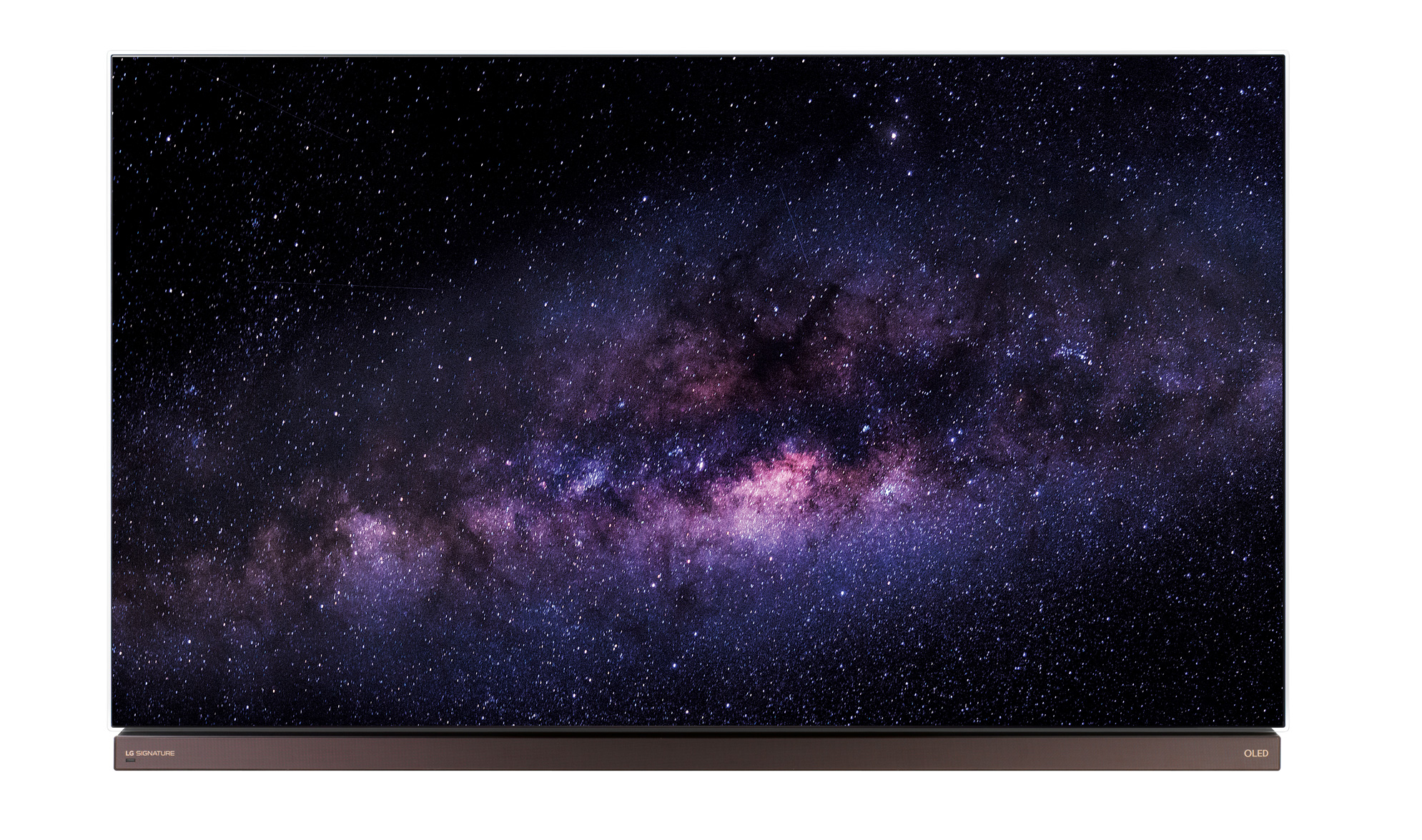 The Modulus Media Hub promises a lot, including DVD and Blu-ray archiving, a wealth of streaming service support, a base 6TB capacity with external expansion, 4K support, remote media access, and a DVR capability that applies to everything (including streaming). But what struck me is that the Modulus has the hardware (apparently) to also host Ultra HD Blu-rays. Unfortunately, that particular capability is not a certainty. 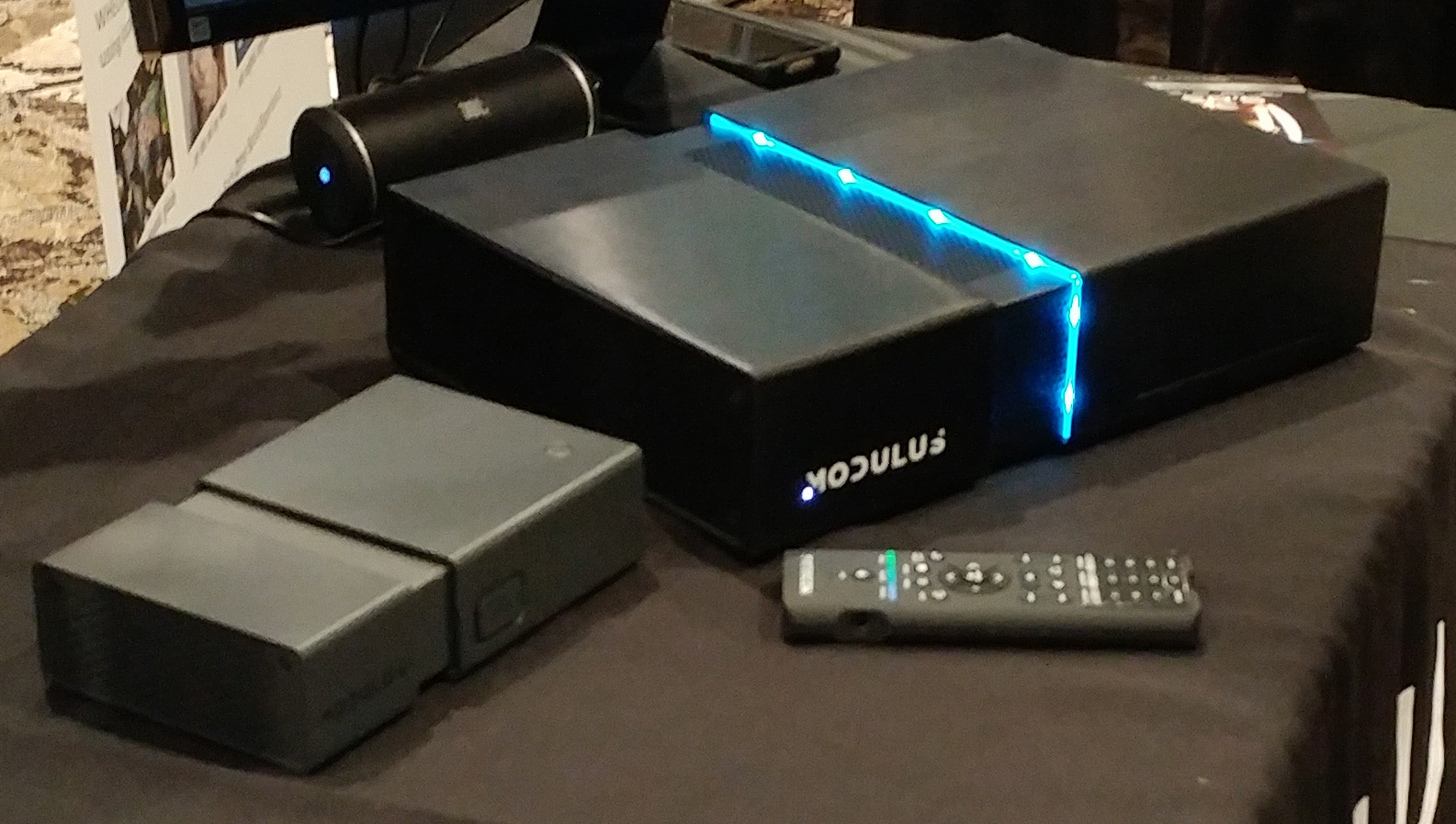 Monoprice had a lot to show, and what was there paints an image of Monoprice getting further into the active part of sound.

But among the offerings on hand, the Monolith M1060 Planar Headphones seem destined to create a whole new breed of audiophiles. 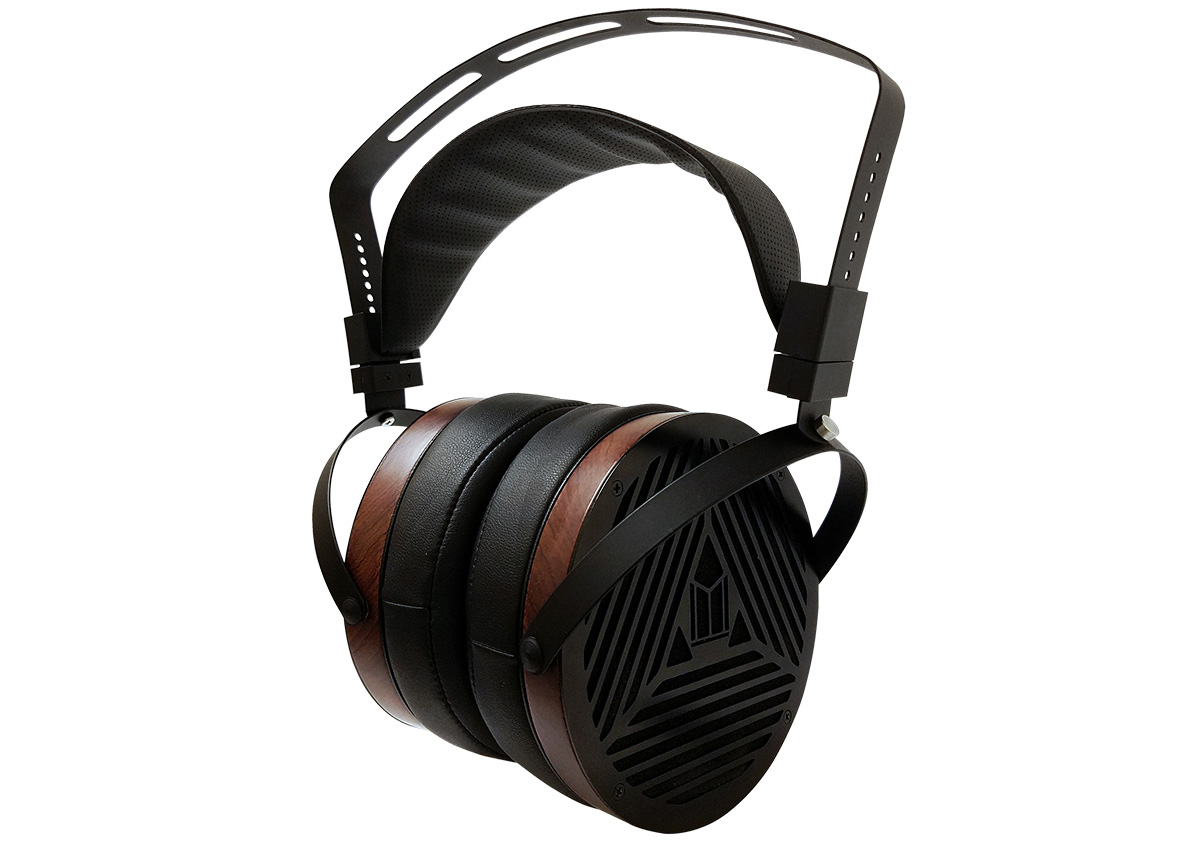 Likewise, the M560 Planar Headphones, which quickly go from a closed design to an open one, could be the next cult-following in headphones. (But you better have some amplification.)

At more than one place at the convention, Bose had its most important new product on-hand. That would be the SoundTouch 300.

It's one of the new line, a line that now supports HDCP 2.2. But the lovely glasstop of the soundbar hides a few secrets. For one, it uses reflected sound (the PhaseGuide) to present something much wider than its body, and secondly, it supports both an optional Acoustimass 300 wireless bass module and the Virtually Invisible 300 wireless surround speakers. These extra bits can be hardwired if desired, and make the system wonderfully scalable. 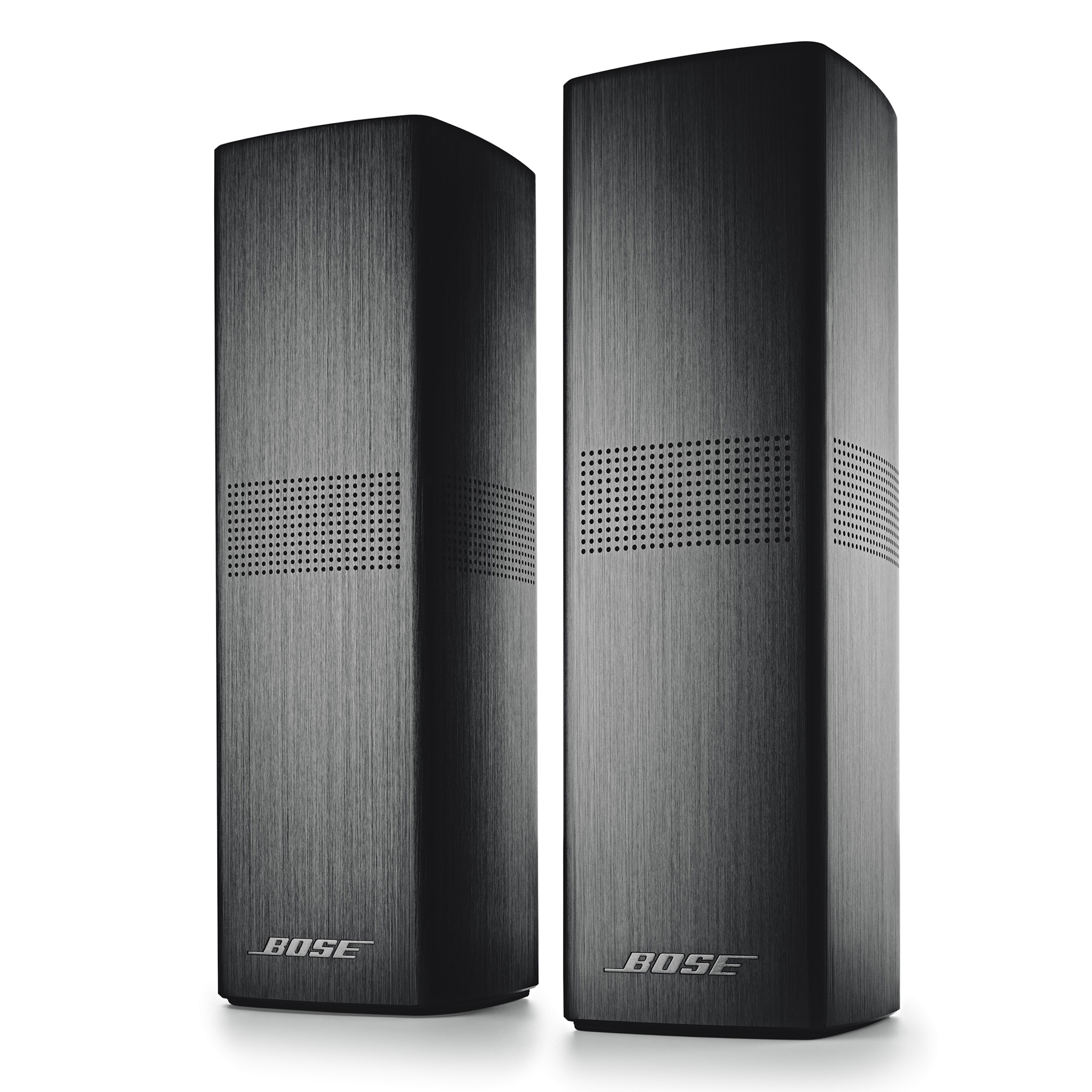 But where I was drawn to was the Lifestyle 650 and its 6 HDCP 2.2 HDMI ports. The exclusive OmniJewel satellite speakers are like aluminum block dreams with a clean look, and potentially, an even cleaner install.

And yet it's in action where the speaker's radical design begins to make sense as the 5.1 system uses 360 degree sound (per speaker) to create a sound field that really has to be experienced to be understood. 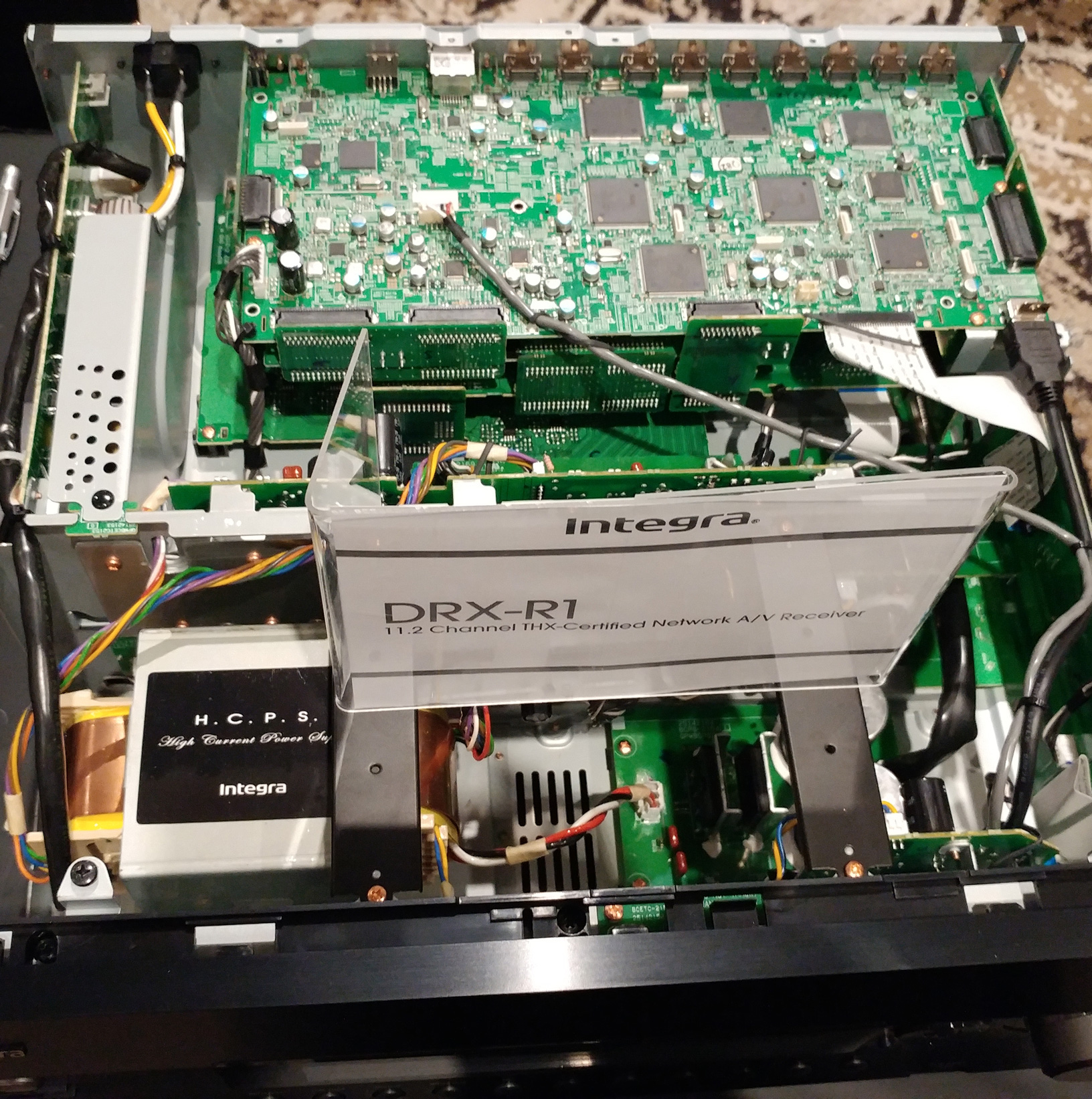 Some other things that caught my attention but didn't make this list include the Stewart Filmscreen VistaScope T&G, the EarthQuake WiFi Audio Module (and their transducers!), the Integra DRX-R1 11.2/7.2.4 Research Series AVR, the powerful and compact GoldenEar SuperSub X, the HDRless BeoVision, the Middle Atlantic DC Power Distribution (and rack mounts), and the SunBrite TV Signature series.