From Bad to Worse: Bruce Wayne is in Sad State in 'Batman - The Telltale Series – The New World Order'

Takeaways from a PC playthrough.

Less than a month ago, I wrote that "The 'Children of Arkham' is the Best Telltale Episode I've Played in Years," and so the new episode, 'The New World Order' had a tough act to follow.

And really, by comparison, 'New World Order' mainly just pisses me off. 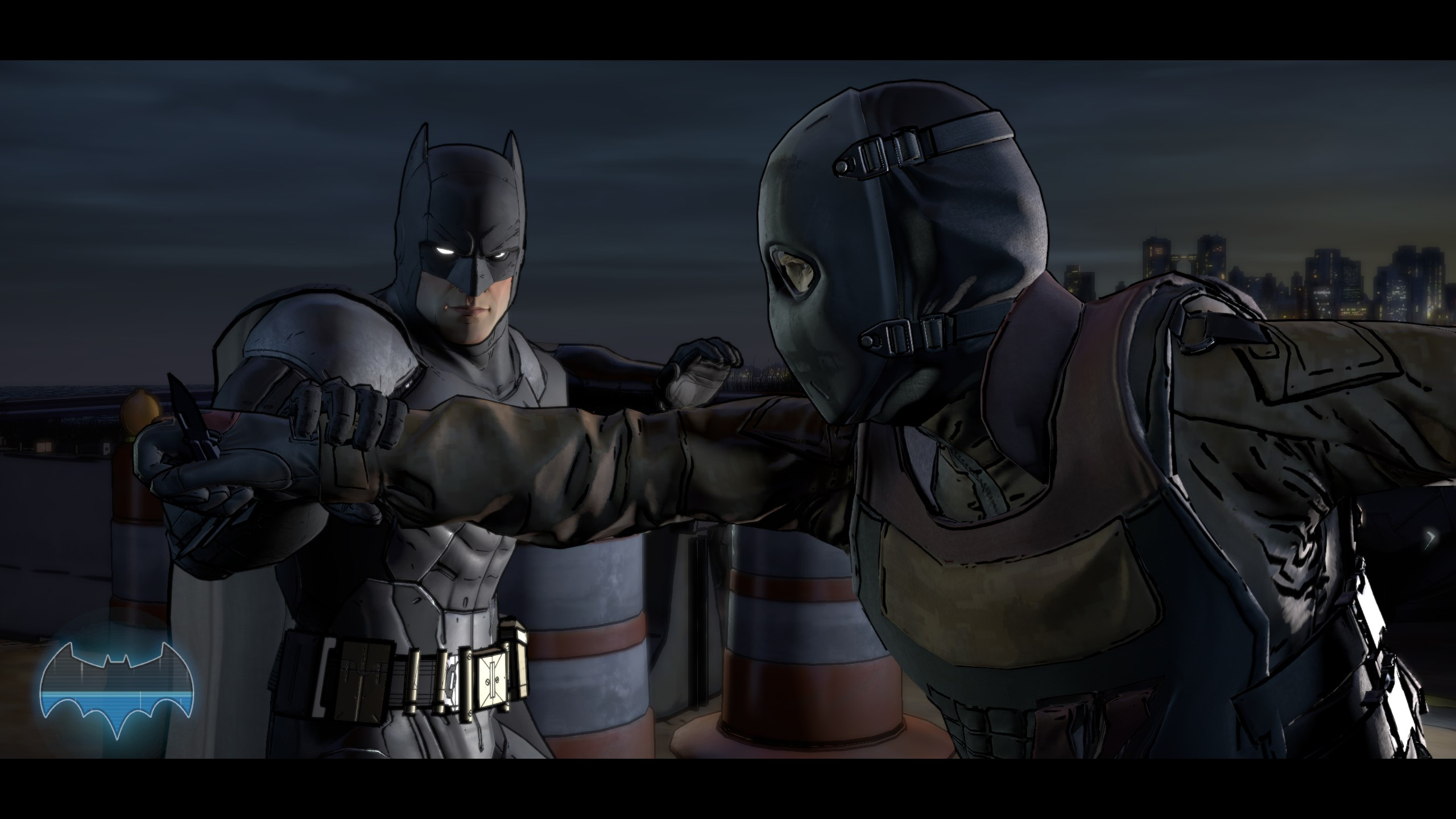 In the first two episodes, I had to play as Bruce Wayne and as Batman, when both larger than life figures were put in tough situations. The caped crusader has taken some lumps and witnessed plenty of senseless deaths while the millionaire playboy is so embroiled in scandal, he's become toxic.

'The New World Order' treats these happenings and dire events as foreplay. 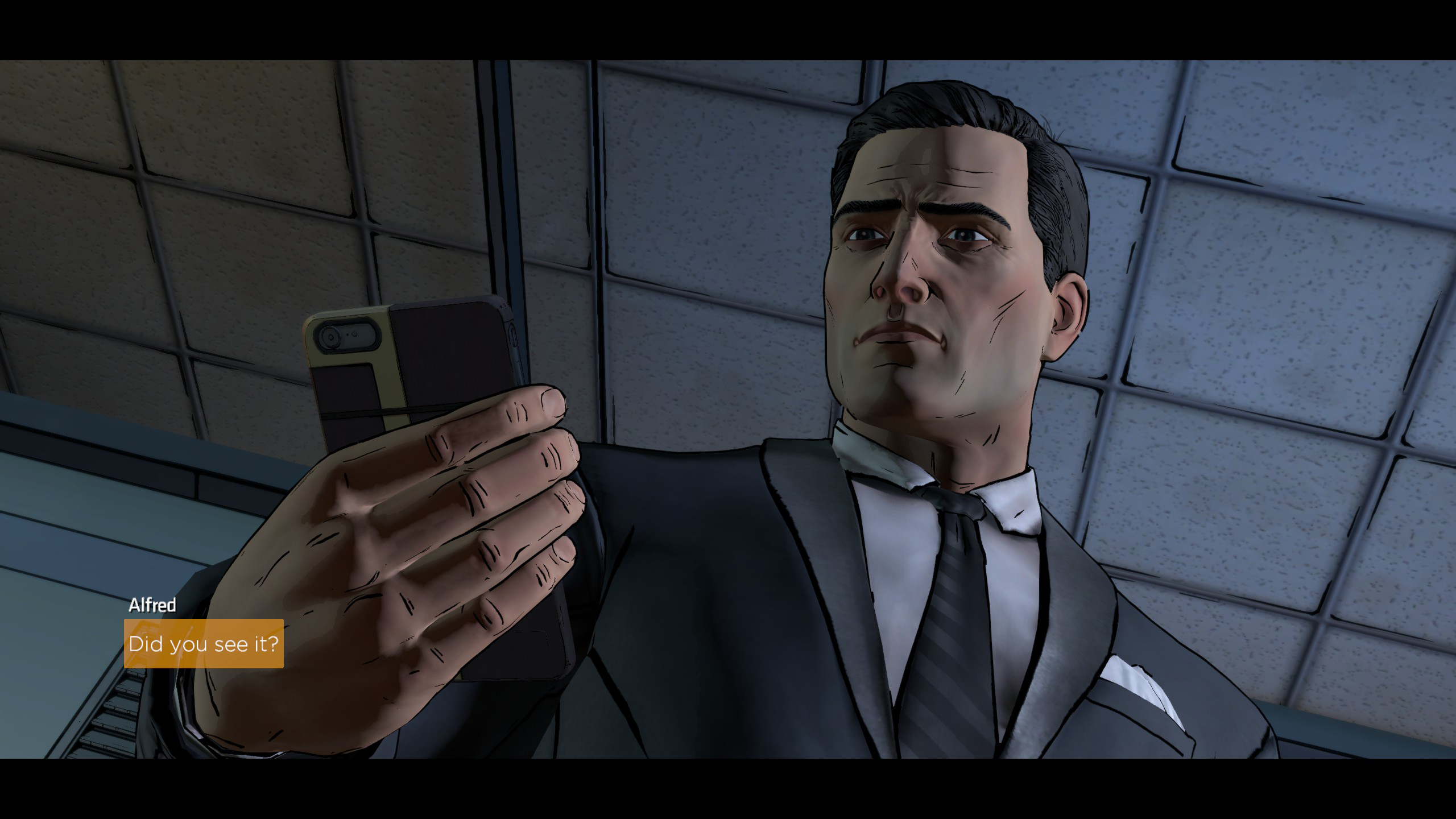 I can think of times when Batman was more hurt, more isolated, more angry, and more desperate, but if this isn't the lowest low, it's the most public and the most virulent that I can remember.

For example, I've seen countless incarnations of the Penguin, including the current icon starring in 'Gotham.' But the Cobblepot in 'Batman - The Telltale Series – The New World Order' has touched a nerve or two. It isn't his words that are so incendiary- he's pretty over the top and clearly headed for his own quick descent. No, it's his methods.

The core of what fuels Batman and the tragic past of the Wayne family are under assault in this story, and they've even managed to tie in Selina Kyle and Harvey Dent to this comedy of justice.

Bruce Wayne is in a pit of vipers, but he does have a few allies. 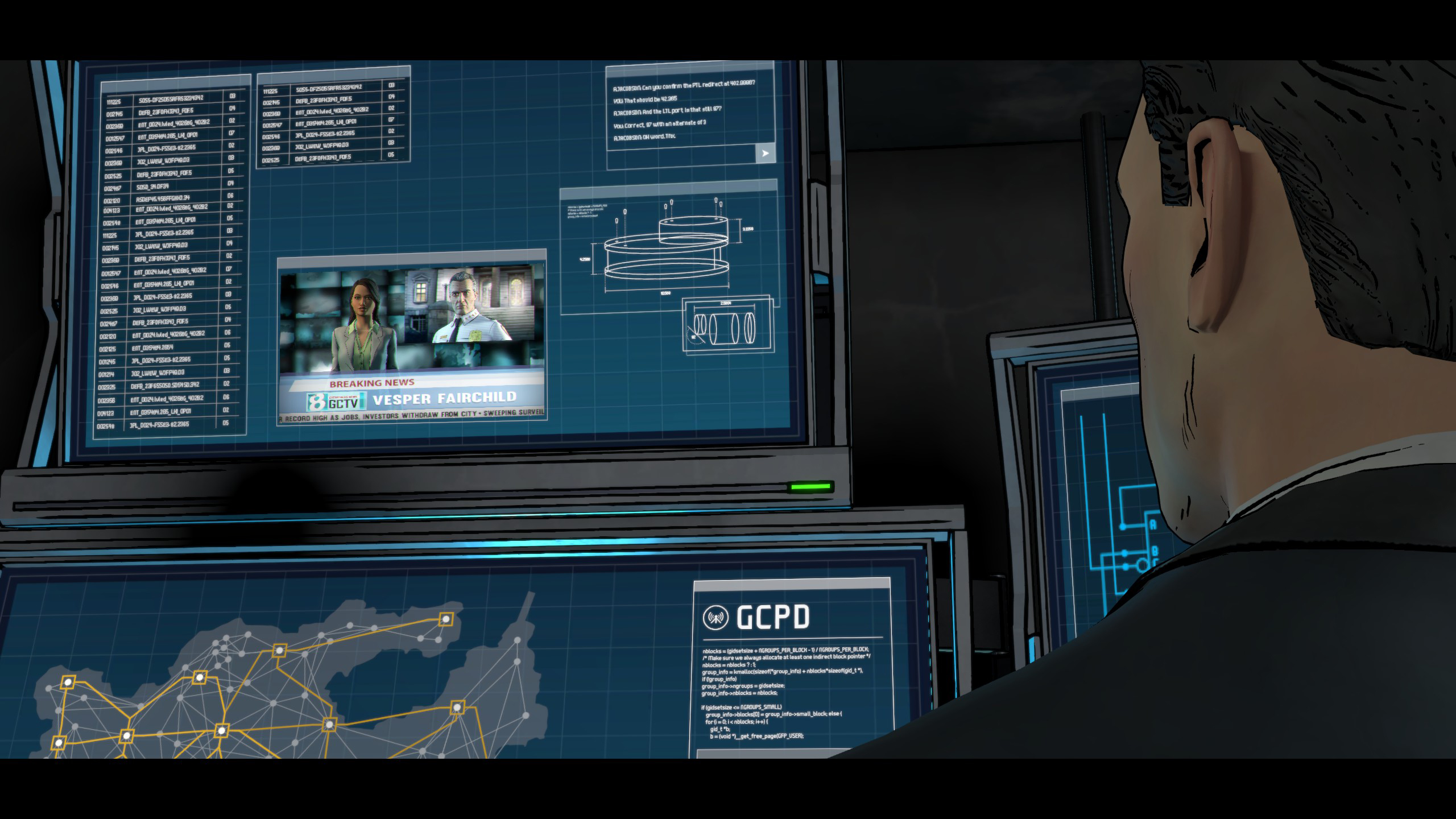 This ought to be a source of strength, but if 'The New World Order' is taken on its face, these few individuals might be better off leaving town for good. So far, whether it's Thomas and Martha, The Bruce-backed mayoral candidate, or the very Wayne Tech that "protects" the city, it's all fair game in this narrative.

Of course, I can understand if this all sounds a little too like 'Gotham,' but Telltale hasn't hedged so far. This is the Batman for the modern day. He's losing the war of the information, he's helpless with the media, and he might be better off trying his luck as 'Rorschach.'

If this all sounds too dire, there are moments of progression. This young Batman isn't without a learning ability. He's figuring out a few key things, getting assists, and drawing on relationships old and new. These moments are a contrast to the overall sense of fatalism imparted throughout the series. 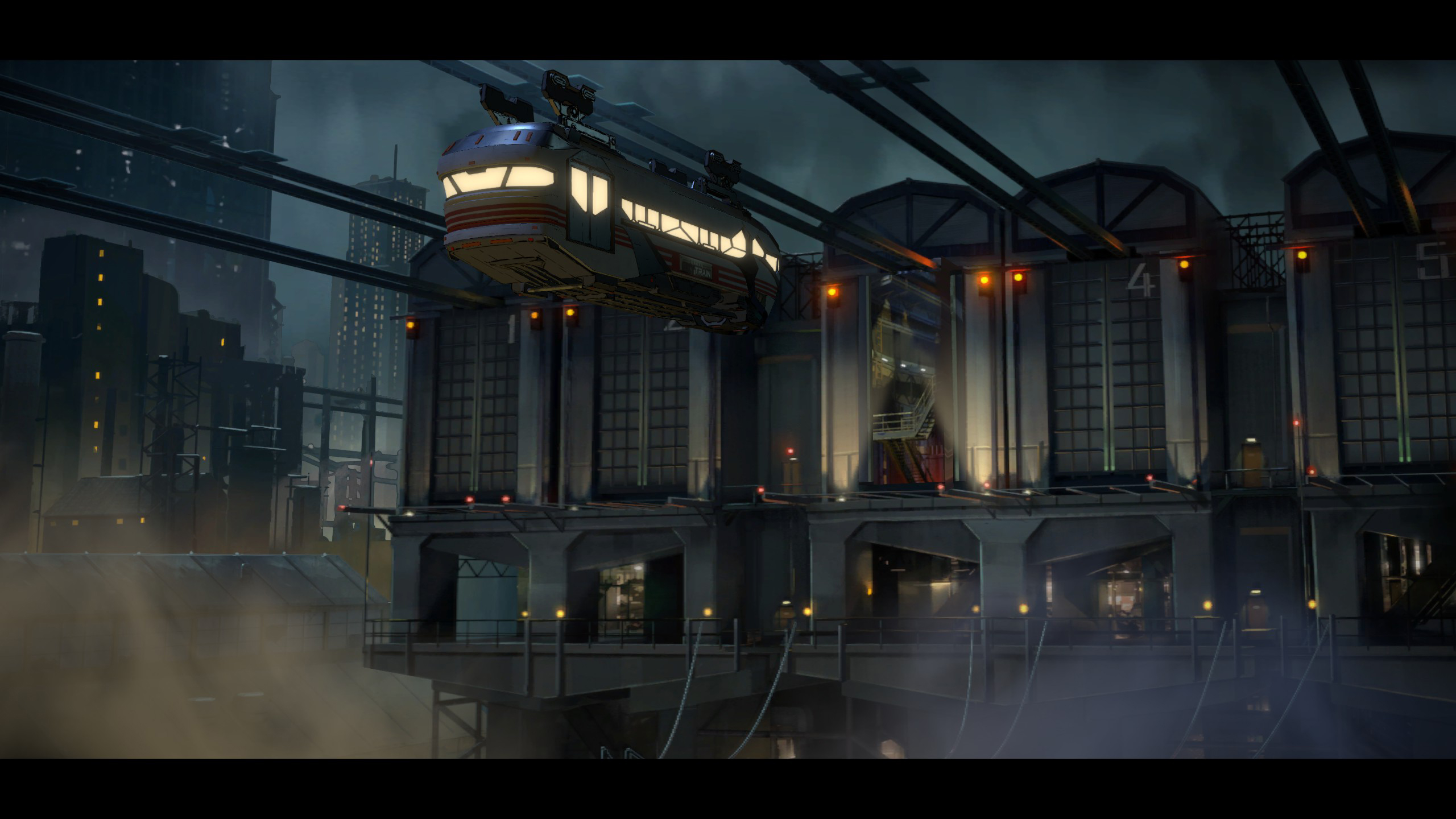 It's not just the modern setting, or even the modern influences that make for the fatalistic feel. Those Telltale choices can be so important in the moment, but are often thwarted. This can happen as quick as "should I go as Batman or Bruce Wayne?" "I'll go as Bruce Wayne." To which, the game replies, "No, you go as Batman." And frankly, staying in bed would have been a better choice in more than one respect in this episode.

As for the PC version, I ran into trouble with the sound. I was using a new USB sound card, so it's hard to be too chuffed. I do feel like the game seems to think that I was the brutal Batman early on when I wasn't, which is annoying. Likewise, I think that this PC version could use a benchmark and a controller testing mode. (And soon!) 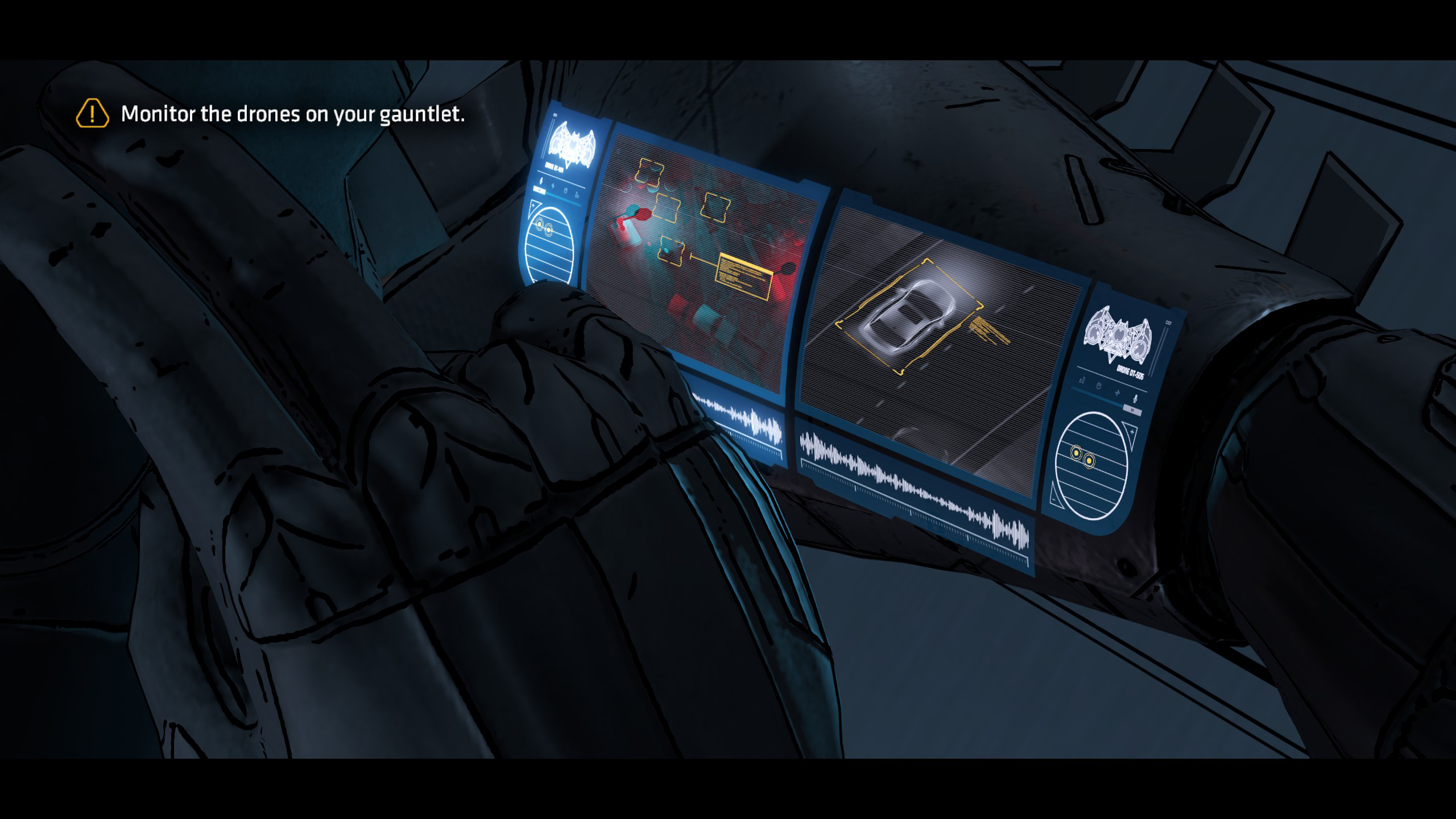 There are two episodes left, and both are expected before the end of the year. I suppose that is enough time for Batman to pull out a victory, but I'm not expecting any parades.