The PlayStation VR Launch Bundle is In Stock, See It Unboxed Now

Today is PlayStation VR launch day, and the staff is busy tearing into the hardware and firing up some reviews of the launch line-up. 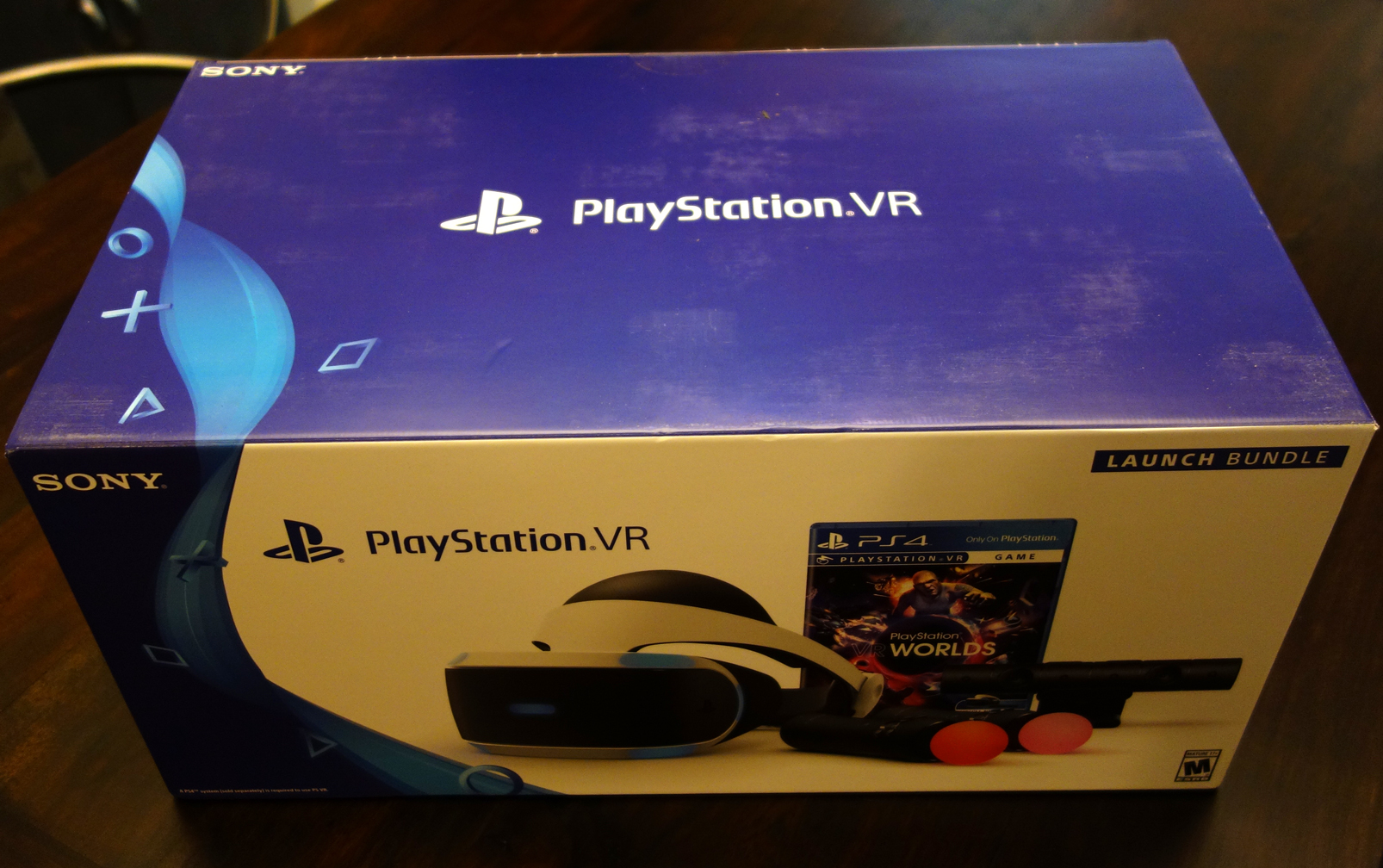 As it happens, the PlayStation VR Core and Launch bundles, which haven't been available to preorder for months (preorders were listed as sold out), are available to order as of this writing. 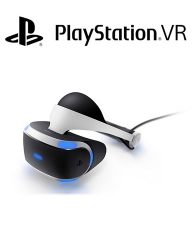 Check on the Core Bundle 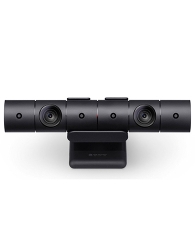 As a reminder, the Core Bundle ($399.99), includes the VR headset, processor unit, cables, stereo headphones, and PlayStation VR Demo Disc. (Note there is no camera, no PS4, and no move controllers). (For more info, please see our large PlayStation VR 'What You Need to Know' feature.)

Meanwhile, Launch Bundle ($499.99) included everything in the Core Bundle, as well as two PlayStation Move controllers, a PlayStation Camera and a disc copy of the 'PlayStation VR Worlds' game. 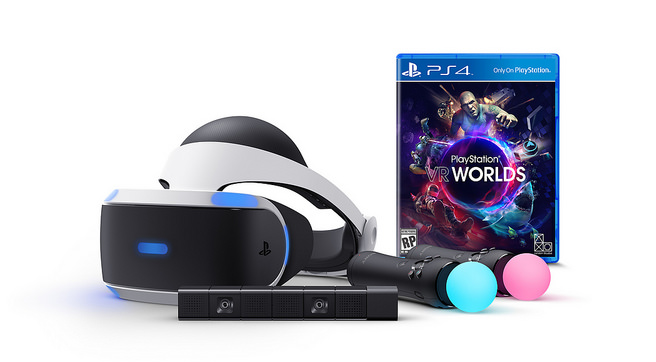 I happen to have opted for the Launch Bundle, and having opened of the bundles that appeared today, I'm pleased to find that it is the newer PS4 Camera design that is in the bundle. 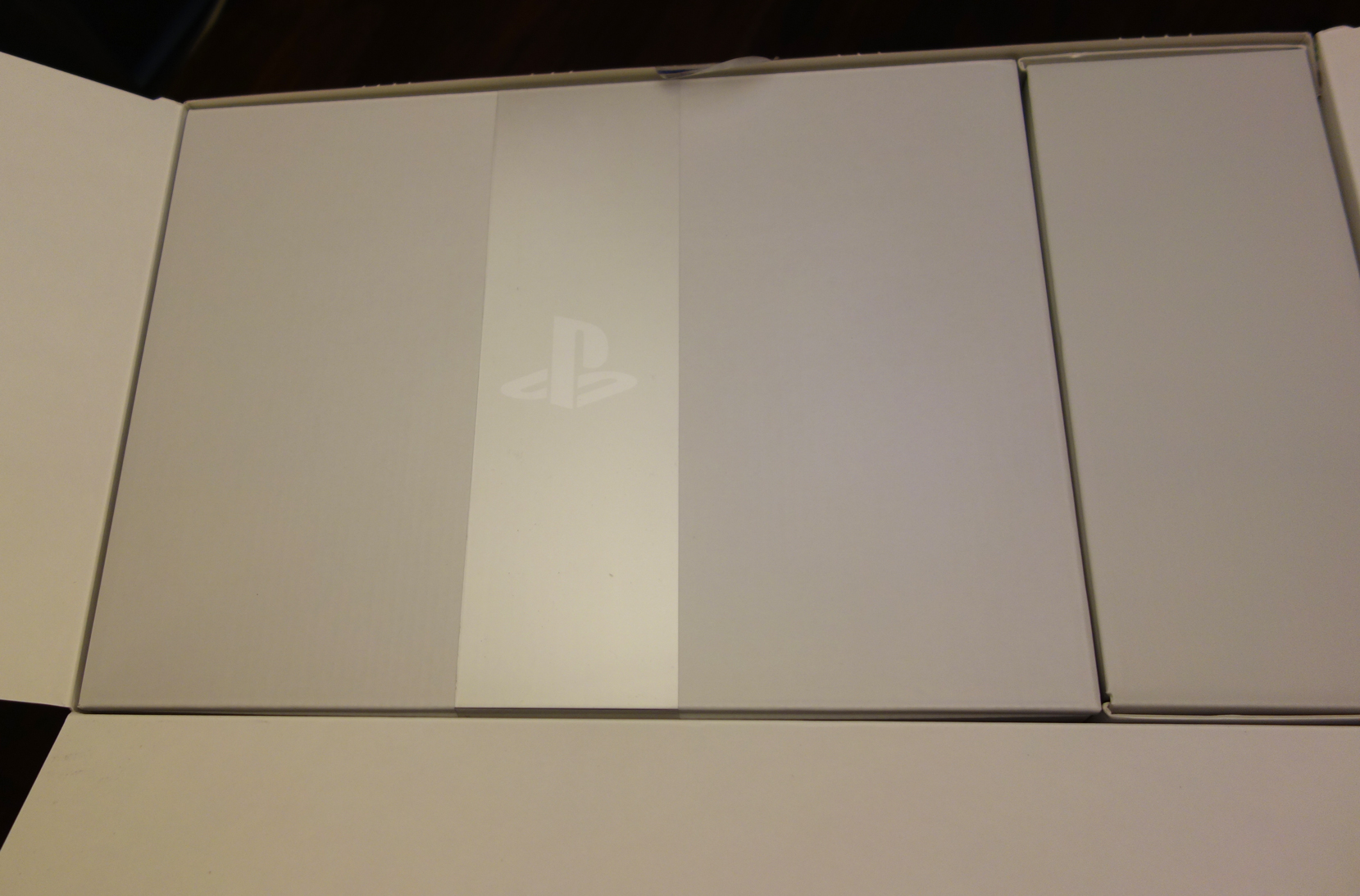 The big box contains two smaller white boxes. The one on the left is really the Core Bundle contents while the one on the right has all of the Launch Bundle accessories. 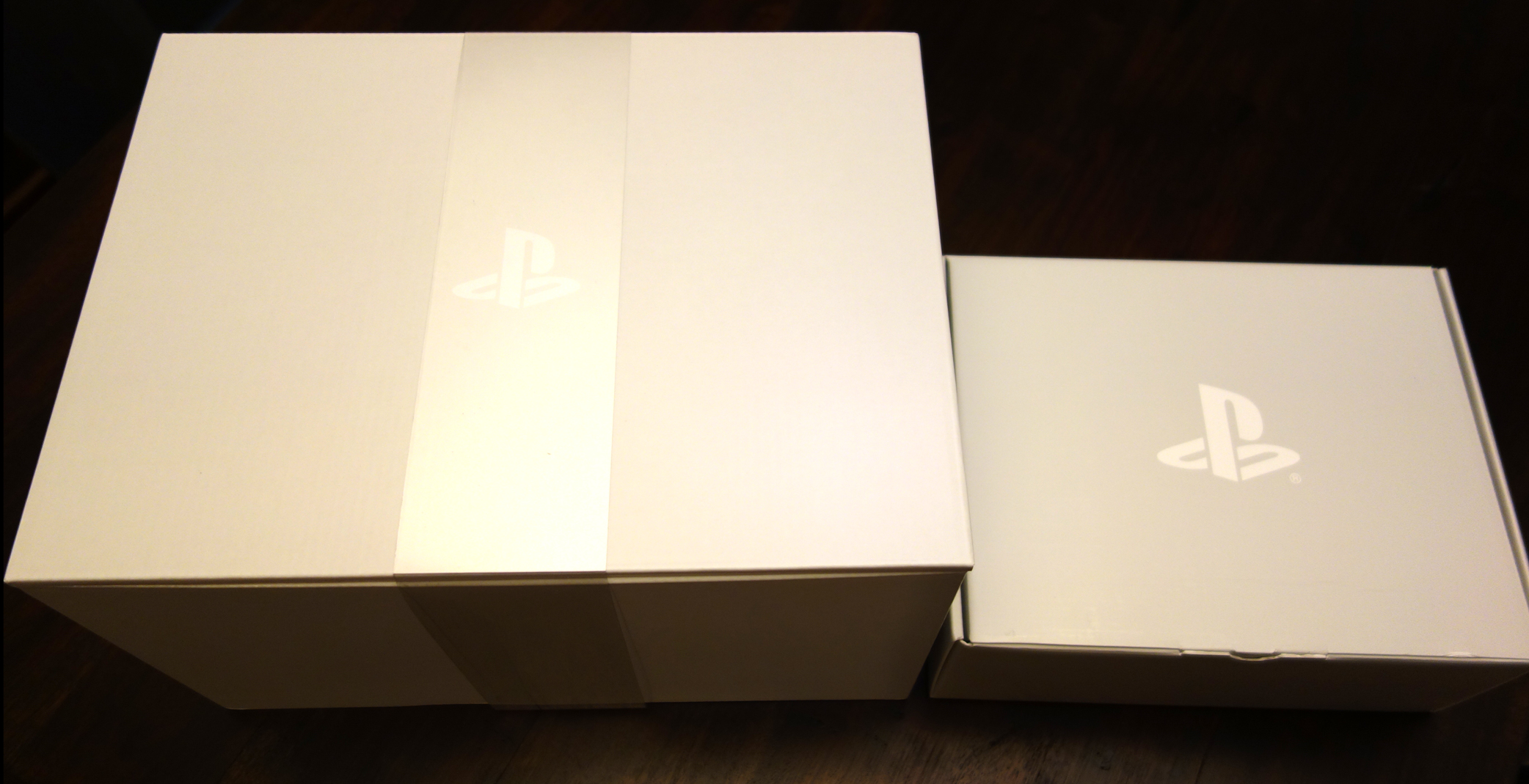 Unfortunately, the PS Move controllers don't appear to be any different from the PS3 era, and even still sport mini-USB jacks for charging (two short mini-USB cables are includes for that classic PS3 feel). 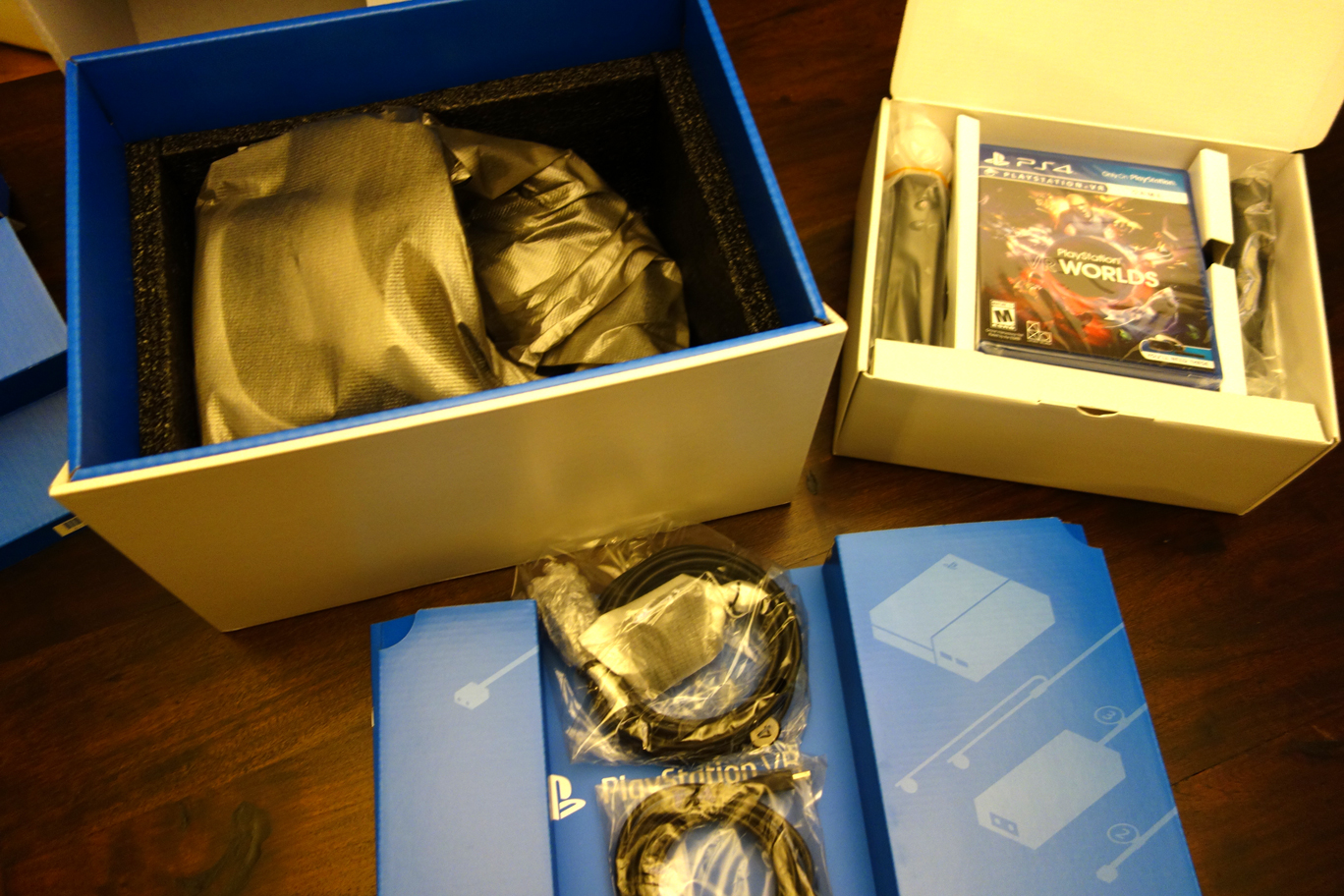 The Launch Bundle includes two boxed discs, 'Worlds' and the PS VR demo disc. The demo disc appears to be a little superfluous as the demo disc is available as a free download from PSN (see here). 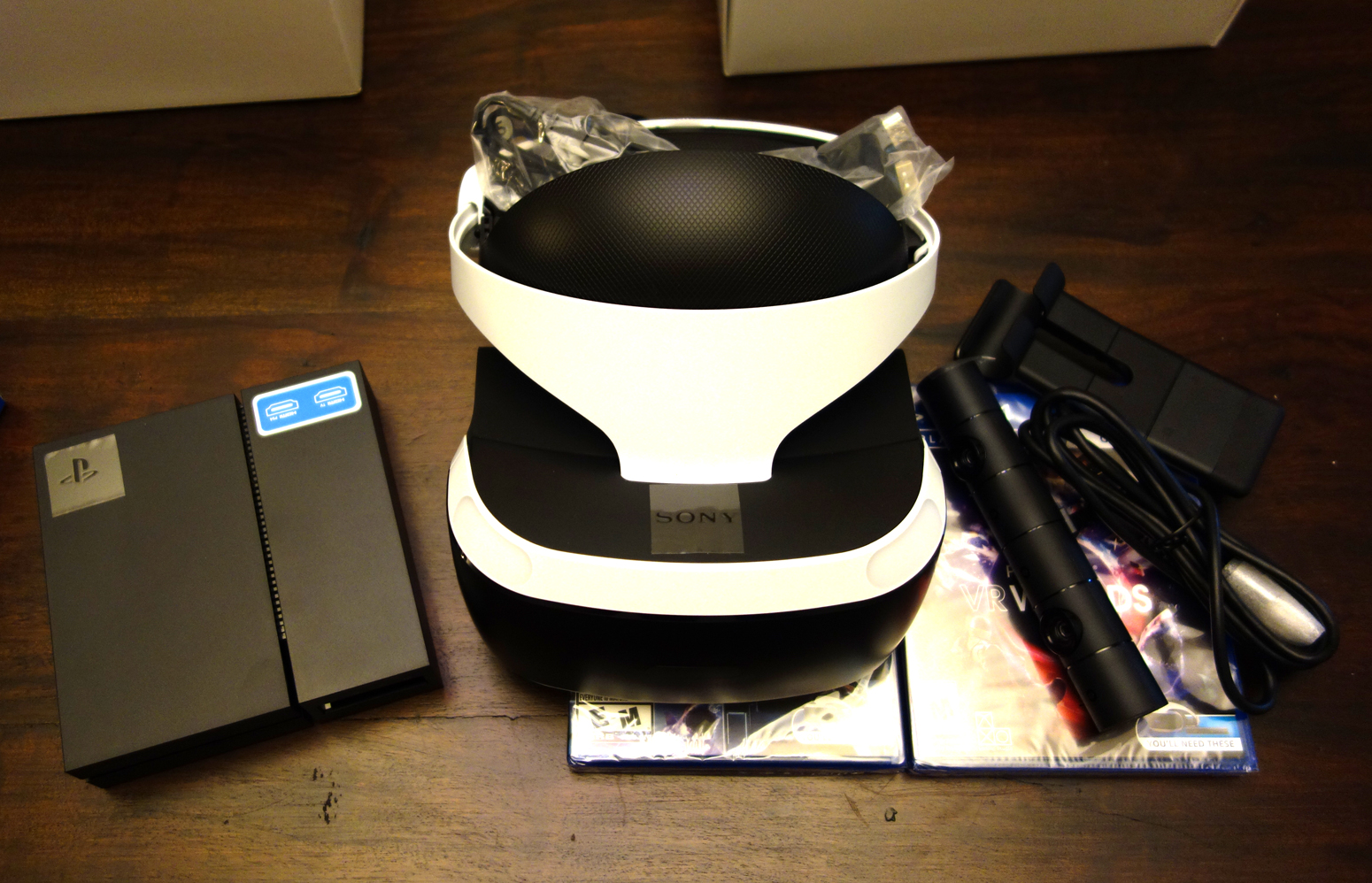 And here is the processor unit running in place next to the PS4. (Happily, I had enough room in the entertainment center to just slide the PS4 over. The mess of cables is a challenge but not as bad as I thought.)

Stay tuned for further impressions of this final package.