Free on PC and Android for a limited time.

The new episode of Telltale's 'Batman' series, 'New World Order,' drops today, but what may be important is that the first episode of the series, 'Realm of Shadows' is available for free for a limited time.

And speaking of limited, this free offer only applies to the PC and Android versions. (This offer ends on November 7th.) As of this writing, I was unable to get the Android/Google Play version, so that leaves the PC version as the one to get. 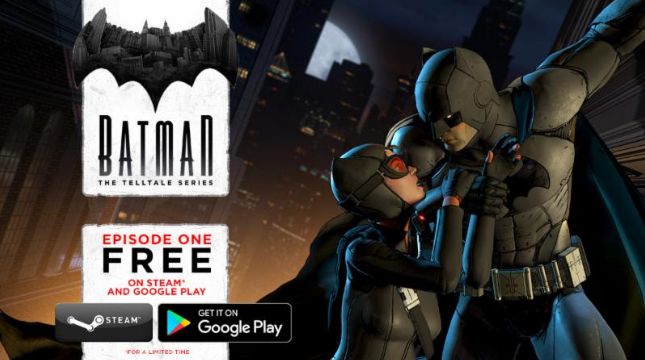 I'm a big fan of the series thus far, and I think people should definitely check it out for themselves. (I'm playing on PC, see here.)  We've also reviewed the first two episodes. 'Realm of Shadows' and 'Children of Arkham' on Xbox One.

Telltale has promised episode 4 for November and episode 5 for December, which means that the series (or the season) will be complete by the end of 2016.