Today, at PAX Prime, Razer showed off their new Xbox One controller, the "tournament grade" Wildcat Gaming Controller. The Wildcat is Razer's third generation Xbox controller and has been developed with the input of Razer's serious eSports contingent.

From Razer CEO Min-Liang Tan, "The Razer Wildcat for Xbox One is the third generation Razer Xbox controller and the result of years working with eSports athletes on many prototypes. The lightest tournament-grade controller in its class with additional remappable buttons gives gamers an incredible edge."

At first glance, the Wildcat's Razer Green grips and sticks tend to draw the eye, but these grips are optional and included as removable pieces. The Wildcat is a wired design (to maximize performance) that features carbon steel analog sticks and a ABXY Hyperesponse button cluster. 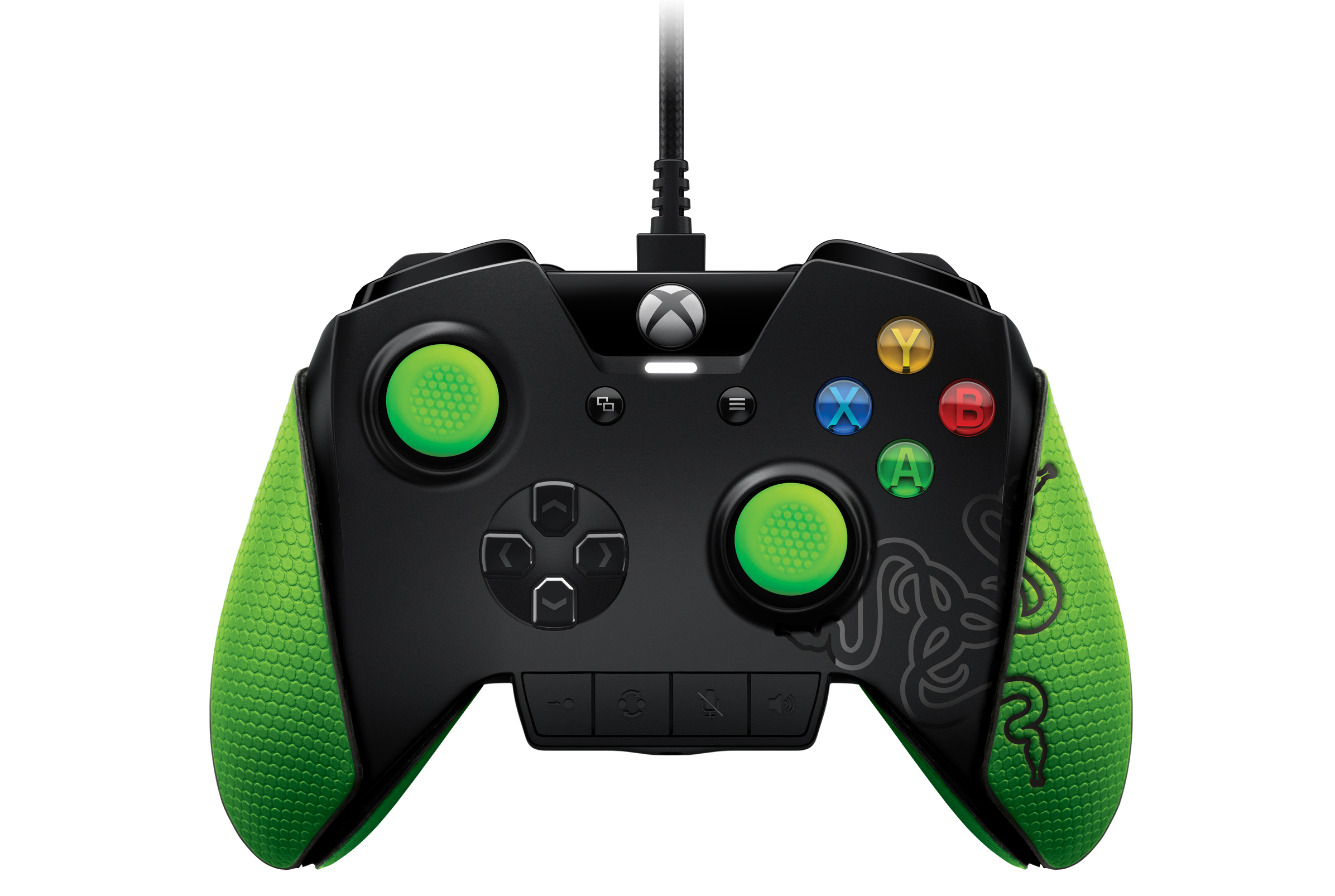 Despite being radically different from a standard Xbox One controller, the Wildcat matches the standard controller in weight.

Of greatest interest has to be the two extra bumpers up top and the two removable aluminum triggers on the underside. These four extra buttons can be remapped to match any other button on the controller. The triggers can also be set to quickfire (button press rather than trigger pull). 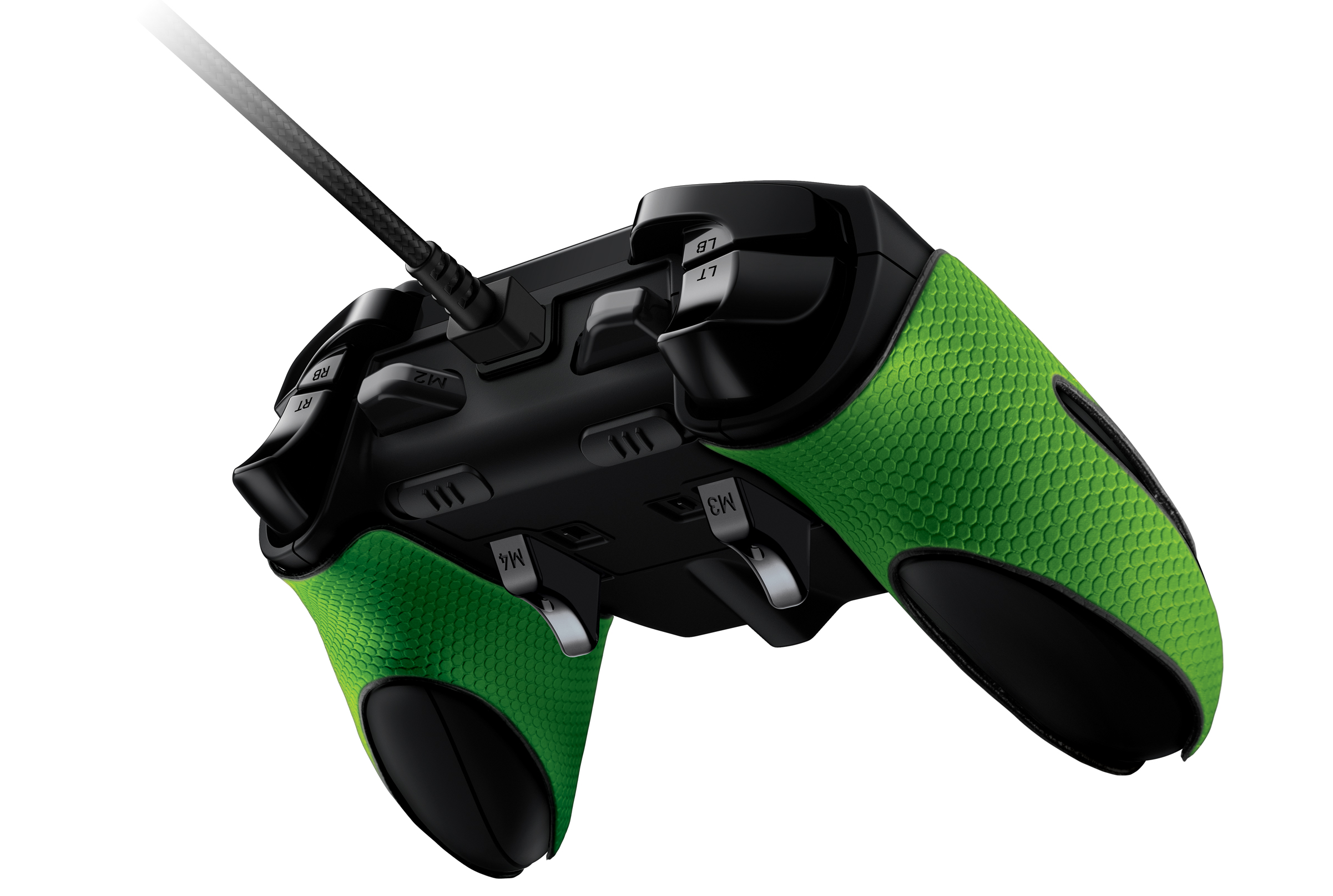 The Wildcat also has its own 3.5mm stereo audio and mic port, and above that are four buttons that control volume, chat, and controller profiles. 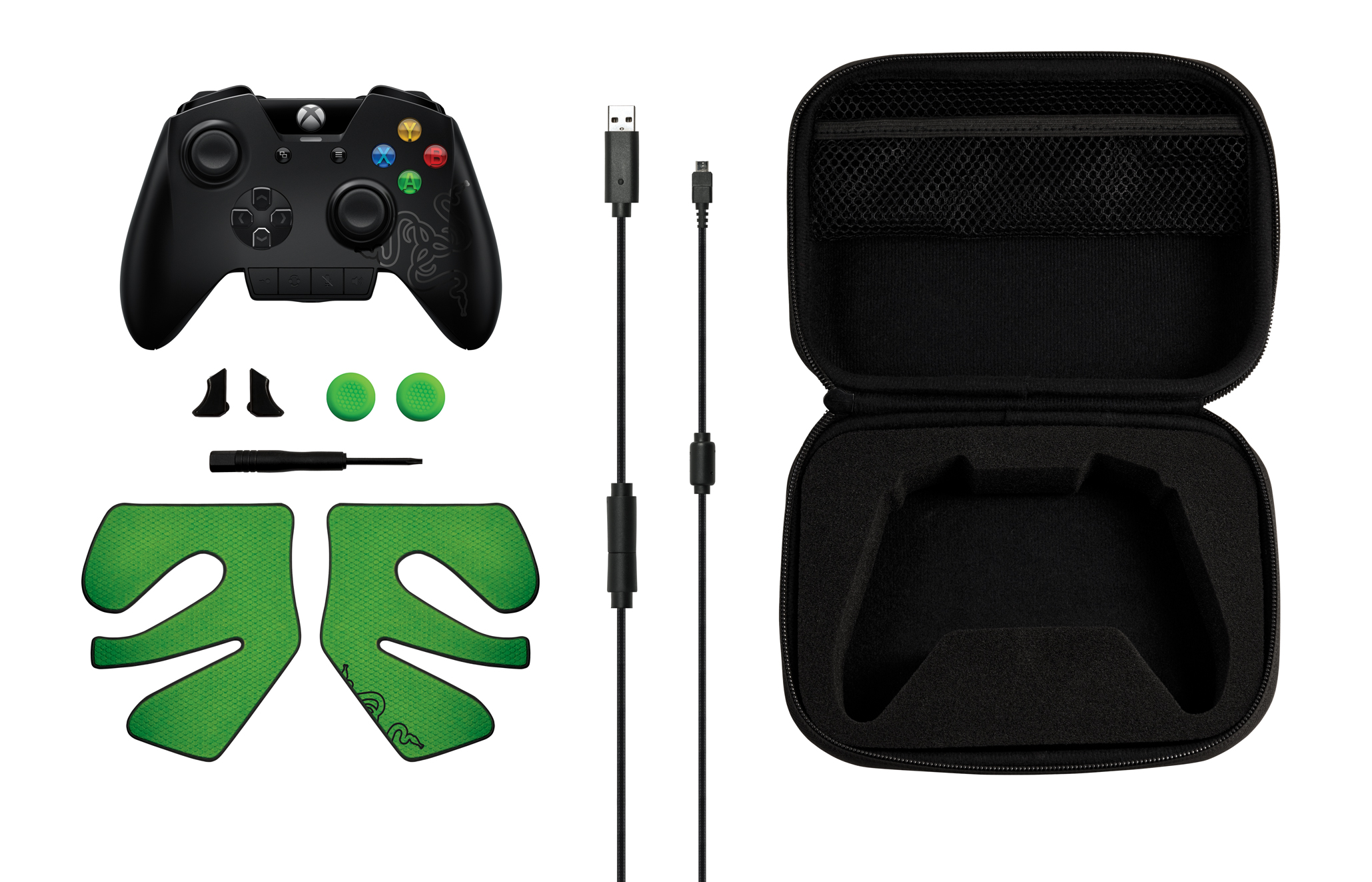 The Razer Wildcat is priced at $149.99 with an expected availability of October.