It's been a quick little volley of an info dump since EA and BioWare revealed the multiplayer component to 'Dragon Age: inquisition.' Earlier today EA posted up its official disemination of facts, the similarities and differences to that of 'Mass Effect 3.' Now we're getting our first trailer, full up on gameplay and exciting words, from the Xbox camp.

Much how Sony has taken the reigns on 'Destiny's' marketing, it looks like Microsoft has called dibs on 'Dragon Age: Inquisition,' especially considering the emphasis on the game at Microsoft's PAX Prime booth this weekend. The multiplayer looks like a good bit of co-op RPG fun, with all the loot craving you could ask for. It's due out on Nov. 18 for Xbox One, Xbox 360, PC and, yes, PS4 and PS3.

You can find the latest info on 'Dragon Age: Inquisition' linked from our Video Game Release Schedule. 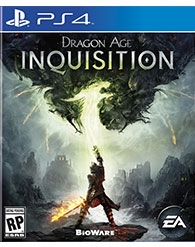 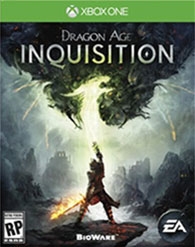