'Axiom Verge' Will Be Disrupting Vita This Month

'Axiom Verge' is one of those rare games that, the second it ended, I could see myself playing all over again. It helps that it scratches the 'Metroid' itch better than Nintendo has since 'Corruption'. Thankfully, as he promised during its initial release, Tom Happ is about to make that endeavor a lot easier. 'Axiom Verge's PS Vita port is coming on April 19th. 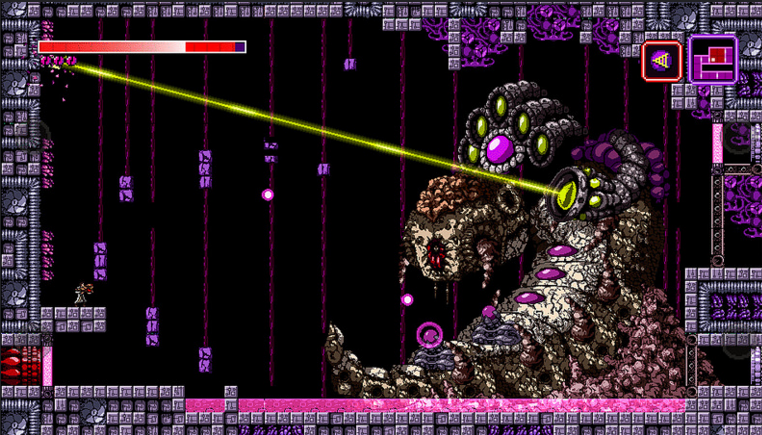 Happ has also kept to his word in that the Vita port will be a Cross Buy, so anyone who owns it on PS4 can nab it on Vita for free. In addition, anybody who doesn't own the game altogether, both versions of the game will be 10% off when it launches. Trust us, it's worth every penny.

By the way, in the event you don't own either system, there's good news for you too: Happ mentions over at the game's official site that WiiU and Xbox One ports are incoming, albeit a little later in the year.