Think Very Hard Before You Get Anywhere Near the PC Version of 'Batman: Arkham Knight'

Last week, I romped through the PS4 verison of 'Batman: Arkham Knight,' and this week, I had plans to put my new Batmobile skills to the test on the PC. Unfortunatley, the partnership between Warner Bros. Rocksteady, and Nvidia that came together to make 'Arkham Knight' a Gameworks title seems to have neglected the overall quality of the PC game to a level hitherto unknown for the series.

Last month, it was the 'The Witcher III' that was drawing ire for a less than stellar PC version. Today, 'Arkham Knight' has taken the idea of a subpar PC version to a new level. The game includes its own benchmark, but the trouble doesn't really begin until you try to play it. Forget about framerate locking or framerate dips, the PC version hitches at every turn, and that's with one of the Nvidia signature cards at the helm. (The hitching is endemic, even with all settings turned to their lowest.)

After hours and hours of PC players struggling with the day one failure of the PC port, (to the tune of thousands of negative Steam reviews and seemingly perfect justicfication for the Steam refund system), Warner Bros. and Rocksteady had this for a repsonse:

We're aware that some users are reporting performance issues with the PC version of Batman: Arkham Knight. This is something that Rocksteady takes very seriously. We are working closely with our external PC development partner to make sure these issues get resolved as quickly as possible.

We'll update this thread when we've got more info to share.

While the quality (or lack there of) of the PC version is beyond the pale, fans may not recall that 'Batman: Arkham City' had its own PC troubles. Specifically, a latter release date. As for 'Arkham Knight,' the poor performance is not affecting 100% of users. And yet, having spent hours hands-on last night and today, and not yet seen anything resembling a fix in sight, I'm forced to suggest that players avoid the PC version for the time being regardless of their video card and PC configuration. (That is, unless the idea is to see just how troublesome this version is.)  Until some king of stability fix is issued, 'Arkham Knight' on the PC is to be avoided. 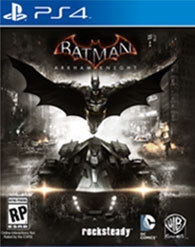 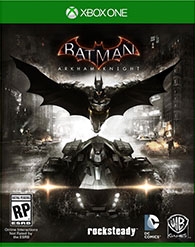 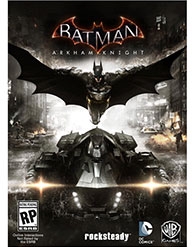