Could streaming get anymore mainstream?

Well before its acquisition by Amazon, Twitch was the leader in the phenomena of game streaming. Both the PS4 and Xbox One launched with game streaming options like Ustream, and those options have only grown over the past year. Even YouTube has made serious inroads and now supports 60fps. But now, it looks like a new contender has entered the fray, and it's a big one. Valve has introduced as a Steam beta client feature, Steam Broadcasting.

Watch friends play, with the click of a button.

Want to show off? Invite a friend to watch your game. Friend stuck on a level? Watch and give them live pointers.

When you see a friend in game, select "Watch Game" from their profile or from the Friend's List to open a window into their gameplay. 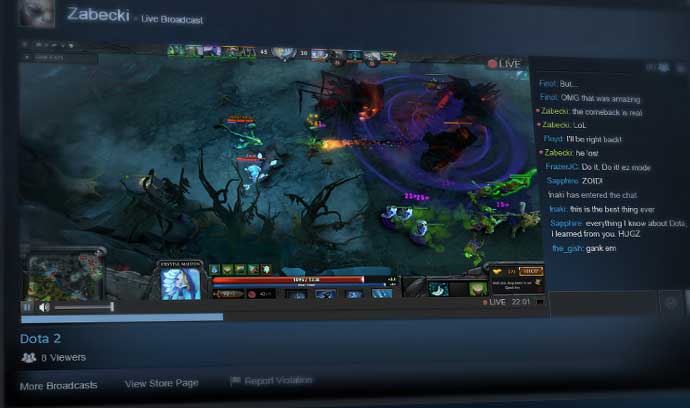 Now it may seem like Valve is emphasizing friend to friend broadcasting, a quick peak at Steam's broadcasting page shows a ton of public streams already in progress.

Naturally, the broadcast feature likely works using the tech as Steam's game streaming tech. Unfortunately for some, watching broadcasts is currently limited to three internet browsers: the Steam Client, Google Chrome, and Apple Safari. Likewise, broadcasts need to come from PCs running Windows 7 or 8. "Support for Linux, OSX, and Windows Vista will be supported in the future."