From a range of oem partners.

Today, as part of Microsoft's big 3D push for Windows 10 (coming via the Creators Update), Microsoft announced that their oem PC partners (such as HP, Dell, Lenovo, Asus, and Acer) will be introducing Windows-based VR headsets in 2017. 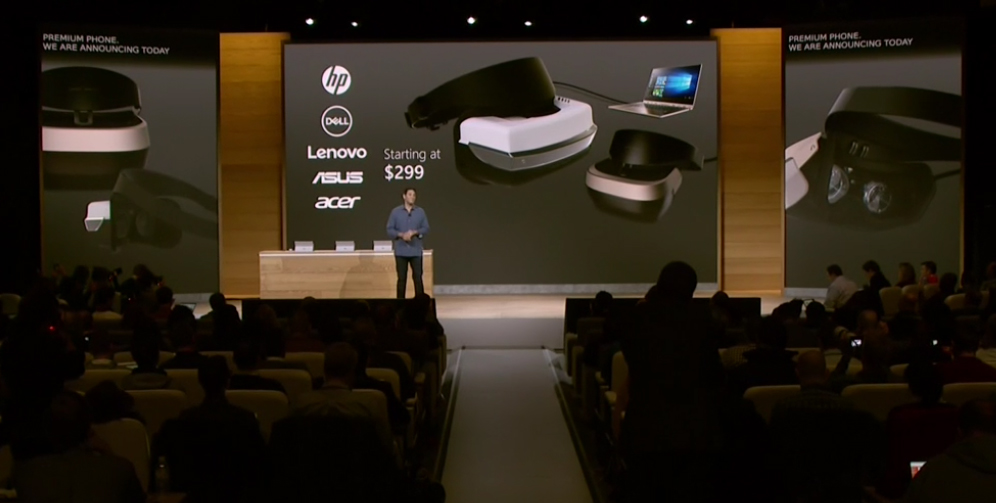 These headsets include a self-contained set of tracking sensors, which makes (hopefully) for a simpler set-up which is easier to use, and that is with a full range of movement. 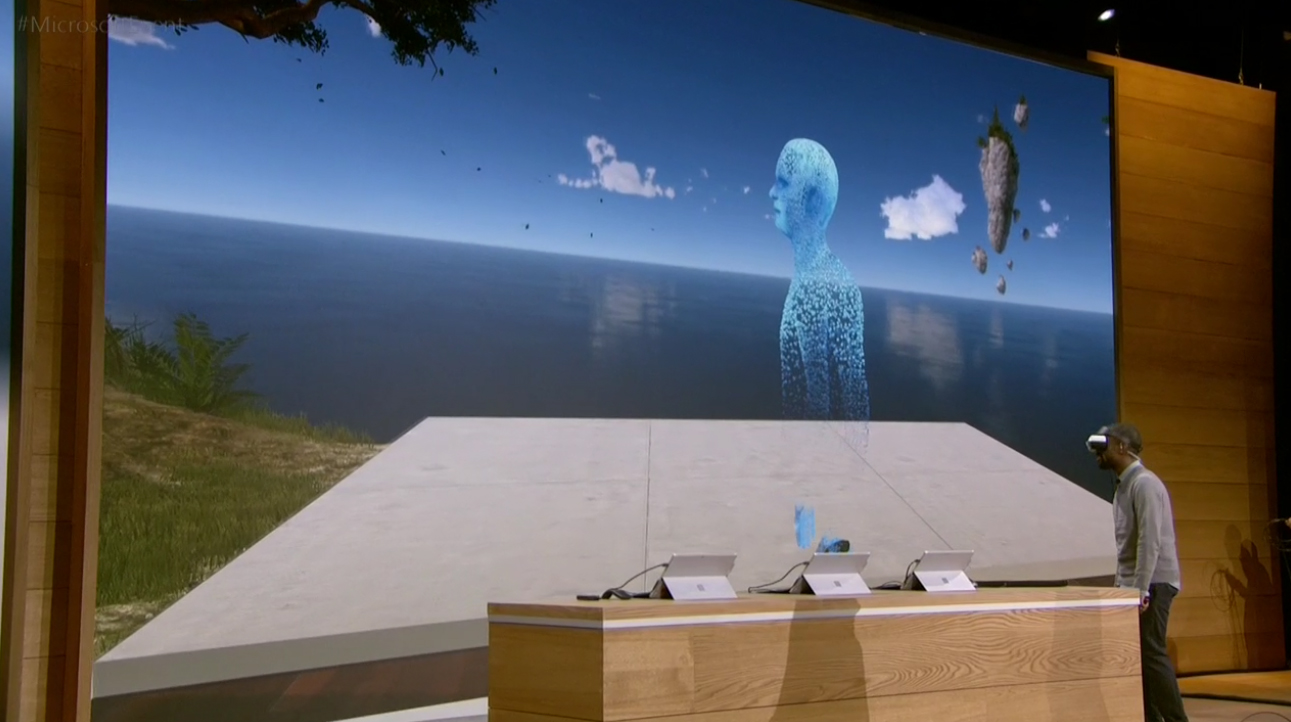 One of these headsets was demoed in a virtual living room with a giant screen, and using HoloTour to do cool, touristy stuff. The headset appears to use form fitting shape similar to the PlayStation VR (rests on forehead and tapers down behind ears.)