See Avalanche Studios Latest as Rico Rampages in 'Just Cause 3'

This is the E3 presentation.

Whether you are a series vet or completely new to the 'Just Cause' series, the E3 2015 presentation of 'Just Cause 3's gameplay is one of the best (and least chaotic) ways to become familiar with the new-gen bound crazy world of 'Just Cause 3.' (Least chaotic still is pretty chaotic.)

From sky-surfing to jet plane/refinery explosions to a world of destructable joy, controlling Rico is like controlling a huge reaction. It's a rare game that lets the player just saunter (via parachute) over to a giant bridge and destroy it (and the army deployment on top of it) with complete freedom. Even radio towers aren't safe from Rico's freedom-fighting ways. Rico can fly like a bird or just aim planes into things. Even simple gas stations are toys in this war.

The 'Just Cause 3' is being developed in the New York Studio while the original Swedish studio works on 'Mad Max.'

You can find the latest info on 'Just Cause 3' linked from our Video Game Release Schedule. 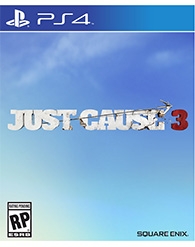 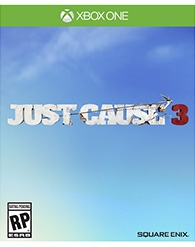