Of all the marketing potential for 'Disney Infinity,' most endearing among them was the possibility of throwing Disney characters from all universes and movies into the same world. 'Disney Infinity 2.0,' with the 'Marvel Super Heroes' brand throwing down with the likes of Donald, Stitch and Tinkerbell, is all the more ridiculous.

The Toy Box represents not just the clashing of characters, but the creation of new worlds for them to play in. This time around, Avalanche Studios is making a stronger effert for accesibility, including some auto-build features unseen before.

We'll see how it turns out when everything 'Disney Infinity 2.0'-related, from 'Marvel Super Heroes' Starter Packs to individual figurines, releases on Sept. 23 for Xbox One, Xbox 360, PS4, PS3, Wii U, 3DS, PC and iOS. 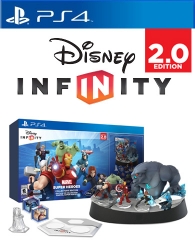 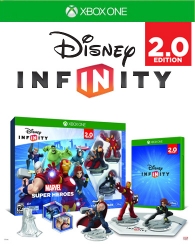 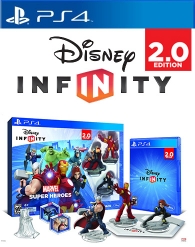 You can find the latest info on 'Disney Infinity 2.0' linked from our Video Game Release Schedule.