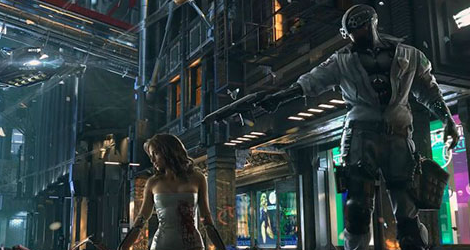 All eyes are on Polish developer CD Projekt RED after 'The Witcher 3: Wild Hunt' became a breakthrough success for the studio. It looks like their futuristic role-playing game 'Cyberpunk 2077' will include flying vehicles due to a job listing looking for a "vehicle gameplay programmer." Not much else is known about the upcoming RPG, other than the brief teaser trailer (which can be seen below) that was released in 2013.

Here's what the job listing reads:

CD PROJEKT RED is looking for a talented Gameplay Programmer to join our outstanding team in Warsaw. The person in this position will cooperate with Gameplay & Level Designers teams to create the whole architecture of vehicle related code, and the physics of driving / flying in those vehicles.

DAILY RESPONSIBILITIES IN A NUTSHELL

Creating the whole architecture of vehicle related code and the physics of driving / flying in those vehicles.