Versatility in orientation is key.

With both Dolby Atmos and DTS:X poised and ready to expand the home theater experience everywhere in 2016, it was only a matter of time before SVS introduced their solution. As it turns out, the SVS Prime Elevation is a multi-purpose design can be used not only for the new surround formats, but also as a traditional surround speaker, or even for an off-position Center or Left and Right.

While the Prime Elevation seems perfect for adding the height channel needed for Atmos and DTS:X, it can be used for other tricky applications such as an up-firing or down-firing center speaker for use with a large projector screen.

Here's the Prime Elevation Speaker in its down-firing ceiling position: 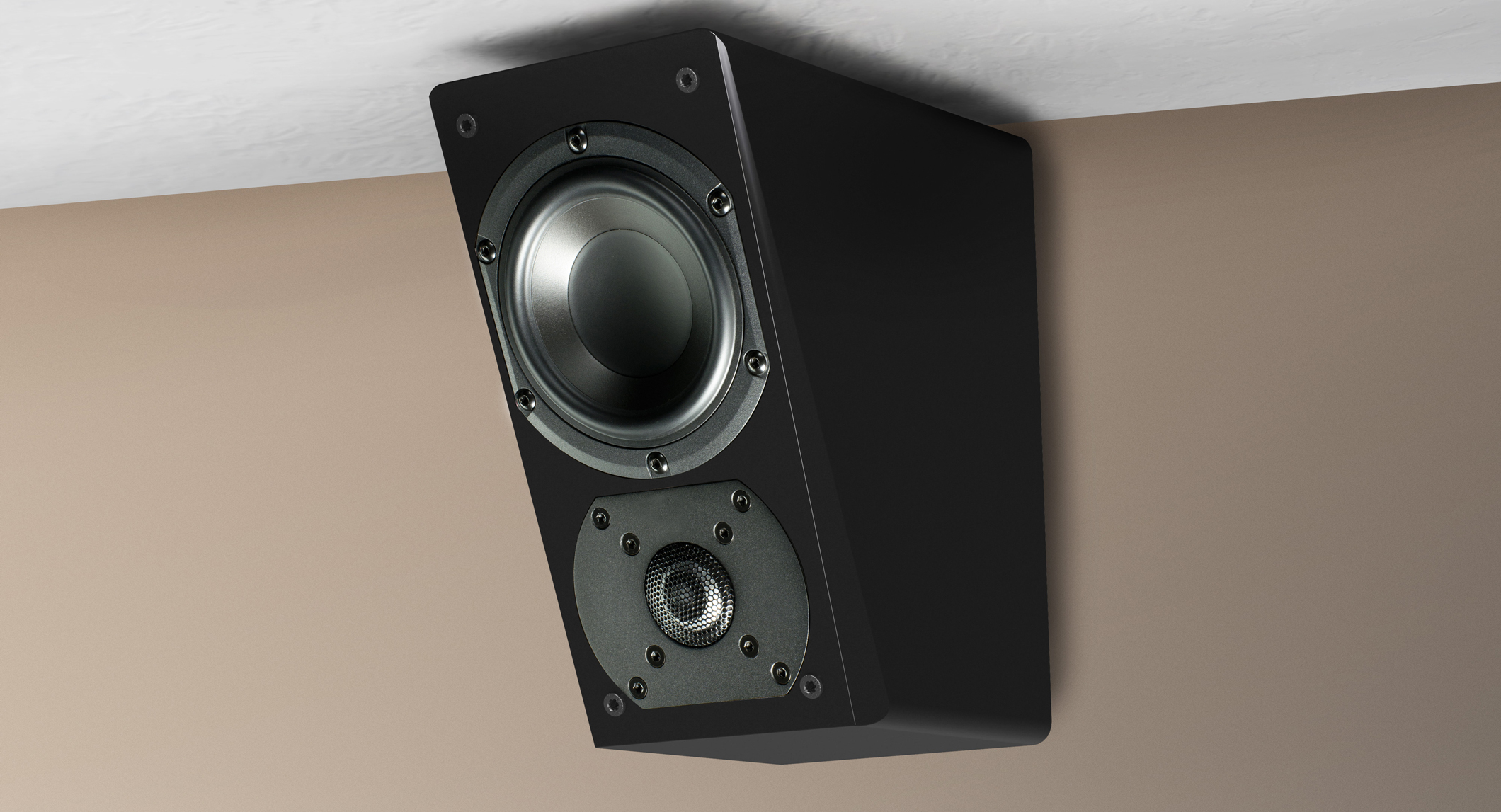 But because the Prime Elevation has been engineered to deliver consistent sound regardless of orientation, it can be flipped into an up-firing front channel or rotated to a side-firing rear surround position. 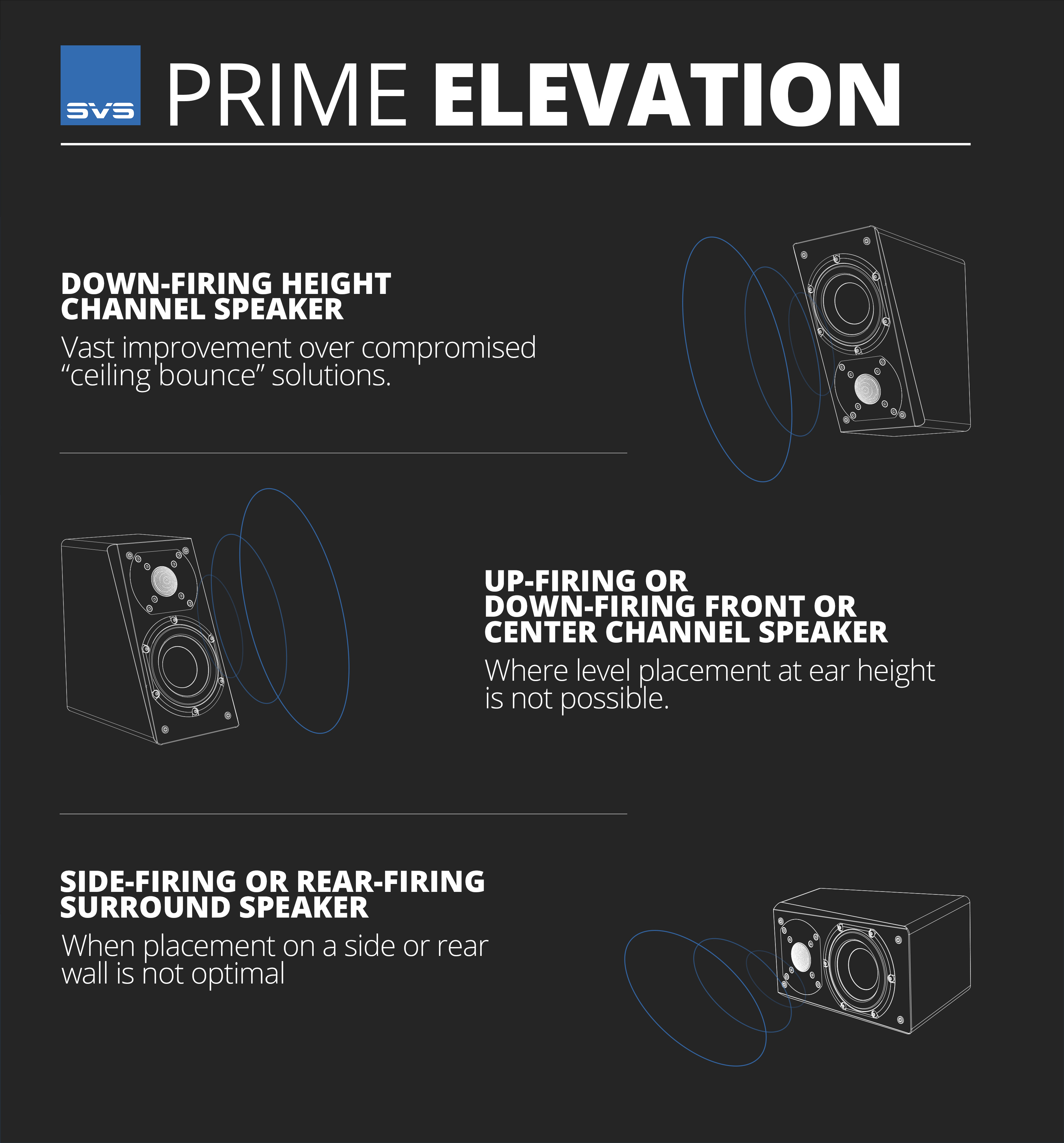 And yes, the Prime Elevation can be placed on top of tower speakers in an up-firing height channel position.

SVS Prime Elevation can be used in the following ways:

As a down-firing height channel speaker, easily mounted high on a side wall
As an up-firing height channel speaker for the same formats, placed on stands or atop tower speakers
As an up-firing or down-firing front or center channel speaker with projector screens or where level placement at ear height is not possible
As a side or rear-firing surround speaker, when placement on a side or rear wall is not optimal for the most convincing side or back surround effects
A pair of Elevation speakers can be wall-mounted and wired to become a bipole or dipole surround speaker.

Thus, it appears that with the different proposed uses for the speaker, SVS has been seeking to produce a product that is considerably more versatile than the various up-firing designs that debuted in 2015.

From Gary Yacoubian, SVS president, "Adaptability has become a major factor in loudspeaker design, especially with the rise of more immersive audio formats. The SVS Prime Elevation adapts to almost any home theater set-up and plays a variety of roles exceptionally well. Audio enthusiasts will love all the possibilities this powerful, multi-purpose speaker affords."

The Prime Elevation is meant to blend with speakers from both SVS Prime and Ultra speakers as well as with other brands.

The Prime Elevation will be in Las Vegas next week CES 2016 and is expected to ship in April. Expect pricing to be around $349 for a pair.