Writer/Director Tom (Not Spider-man) Holland's classic teenage horror-comedy spin on Hitchcock's Rear Window comes home to 4K Ultra HD Blu-ray for the first time from Sony in a terrifying new 3-Disc 4K Ultra HD Blu-ray + Blu-ray + Digital SteelBook set. Pre-orders aren't yet open for this release, but Tuesday, October 4th is the day and date to keep in mind! But this isn't just a simple new scan in 4K and a dump of old bonus features, Sony has pulled out the stops giving fans a genuinely exciting new release of this hilarious 80s horror gem. Let's take a look - 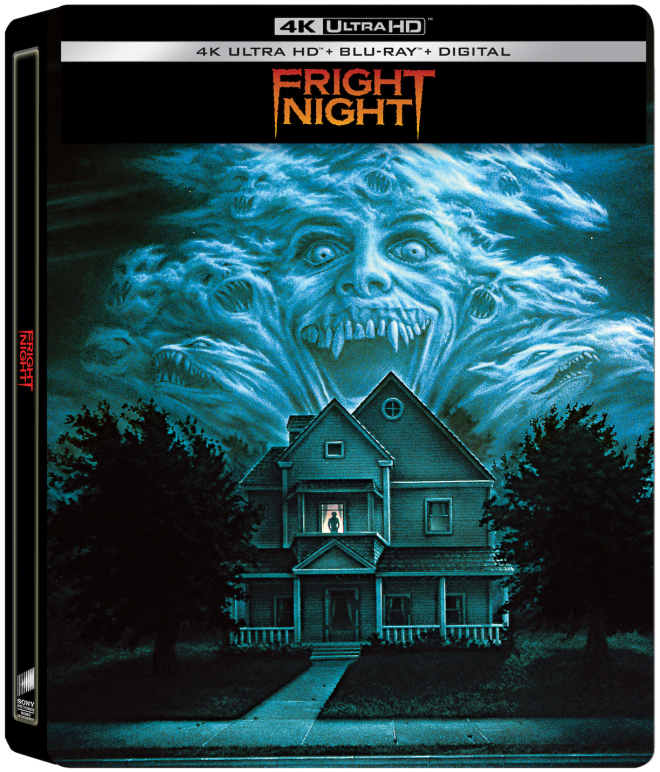 While this isn't the first SteelBook release out there to use the classic poster art, I do have to tip my hat to Sony and also Paramount of late for their recent SteelBook releases using the classic vintage poster art instead of some Pop Art monstrosity or custom art that kinda looks nice but really isn't all that amazing. I've looked at that cover art image ever since I was a little kid at our Mom & Pop rental shop in Dexter, MI and it always terrified me and excited me. By the time I was old enough to slip it past my Mom, I was all up for it and it's remained a favorite ever since.

But - a slick SteelBook case isn't all this set has going for it - lets check out the exciting specs and new and archival bonus features we're picking up!

So yeah - that's a lot! As we said at the top of the post, this isn't yet up for pre-order but as soon as it is we'll update our listings. If you pre-order through our links to Amazon, Best Buy or Zavvi, it goes a long way towards keeping our little show up and running - thank you!