The big game will be available to stream for free.

Fox has announced plans to offer a free, non-authenticated livestream of Super Bowl LI through its FOX Sports GO app. The game is set to kick off on February 5.

"As part of the buildup to this year's Super Bowl, we're committed to creating the best possible experience for fans by dramatically expanding the ways and places in which they can watch the game," said FOX Sports President, COO and Executive Producer Eric Shanks. "Our pioneering collaboration with our affiliates to allow streaming local ad insertions will make commercials even more relevant for viewers and help make this year’s game even more of a personal experience for every fan." 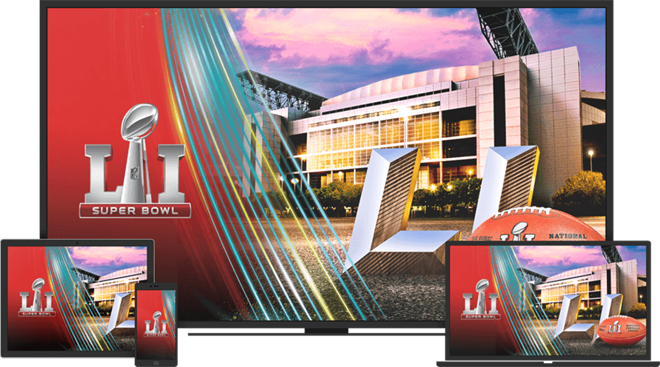 Super Bowl LI will be available to stream for free without an authenticated pay-TV service through the FOX Sports GO app on iOS, Android, Windows, and Amazon tablets or through connected devices like the Apple TV, Roku, Android TV, Chromecast, Amazon Fire, and XBOX One. Likewise, the stream will be offered through FOXSportsGo.com as well. And in addition to the game itself, the livestream will also include local advertisement integration on a nationwide basis from more than 170 FOX affiliates around the country -- ensuring that digital viewers don't have to miss out on any of the night's big Super Bowl commercials.

"We're excited that this year's Super Bowl will showcase the unique relationship of FOX and its local affiliates which allows us to collaborate on innovations such as this," said Brian Jones, EVP & COO of Nexstar Broadcasting Group, and Chairman of the FOX Affiliates Board of Governors. "An incredible 170 affiliates from all around the U.S., including 22 stations that Nexstar owns or provides services to, opted to participate in this first-of-its-kind digital ad insertion for the Super Bowl, allowing us to promote our local affiliate brands and reach viewers on a national scale. We look forward to more groundbreaking collaborations with FOX in the future."