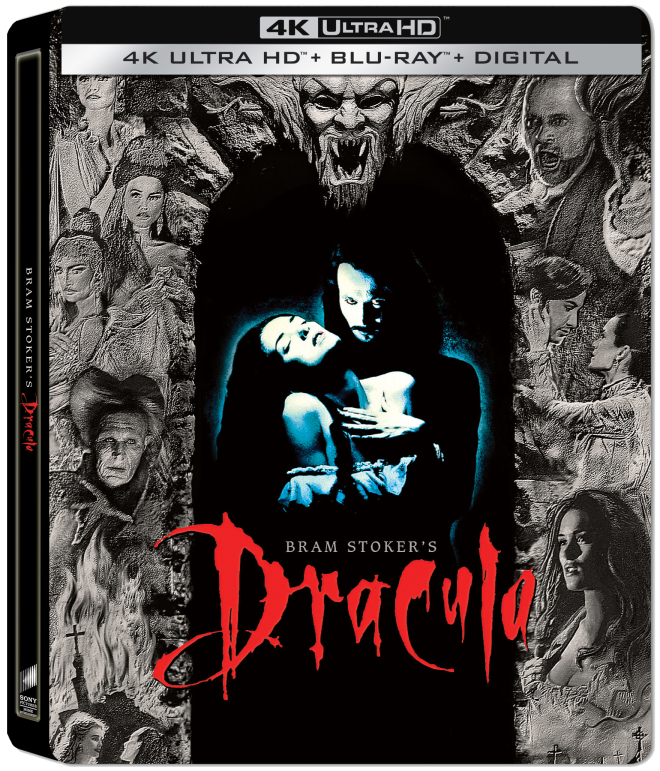 As has been the case with so many other recent Sony reissues, they are reauthoring the disc to now include Dolby Vision HDR. Previously you had to have the digital streaming copy on iTunes or Vudu to watch the film with Dolby Vision. To round out the A/V presentation, the film also comes with English Dolby Atmos, DTS-HD MA 5.1, and DTS-HD MA 2.0 audio tracks. If that wasn't enough Sony is also including a pair of new bonus features - the Annie Lenox "Love Song for a Vampire" music video and a new featurette "Blood Lines - Dracula, the Man, the Myth, the Movies"

This one isn't yet up for pre-order but as soon as it is, we'll update our listings. Here's the full PR for all the gory details:

SYNOPSIS
From Academy Award®-winning director Francis Ford Coppola (1974 Best Director, The Godfather: Part II) comes the classic and chilling tale about the devastatingly seductive Transylvanian prince (Gary Oldman) who travels from Eastern Europe to 19th-century London in search of human love. When the charismatic Dracula meets Mina (Winona Ryder), a young woman who appears as the reincarnation of his lost love, the two embark on a journey of romantic passion and horror.
DISC DETAILS & BONUS MATERIALS