Four Nights Only - Regal Theaters will be showing George A. Romero's iconic Dawn of the Dead in 3D! 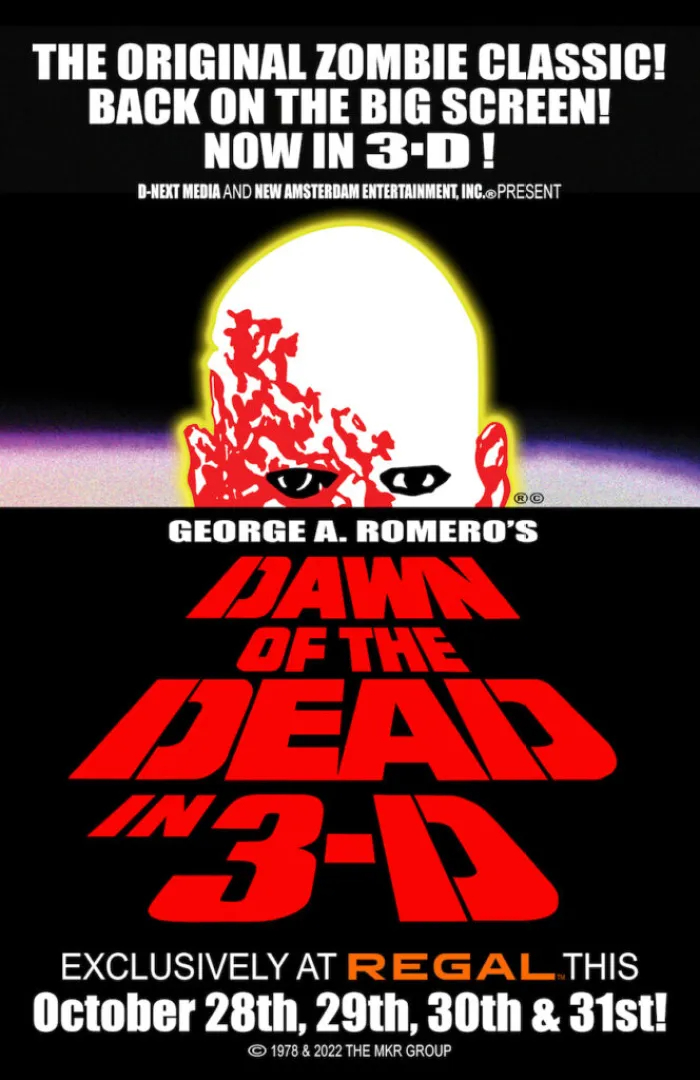 Order Your Dawn of the Dead 3D Tickets HERE

In 2016, Dawn of the Dead producer Richard P. Rubenstein and his New Amsterdam Entertainment arranged to have the film converted to 3D to capitalize on the then still relatively healthy Theatrical 3D market. Showing only in a few film festivals, this new conversion of George Romero's masterpiece has yet to see a major theatrical distribution - until now!

While the thought of this film being converted to 3D may seem irksome to some folks out there, it's a genuine treat to be able to see Dawn of the Dead on the big screen. I've desperately wanted to check this conversion out but none of the showings to date have happened anywhere near where I lived at any given point so I was quick to get my tickets early for this special screening event. From what I've heard from folks lucky enough to check it out, the digital 3D conversion was handled very well with plenty of impact moments. I imagine all of those zombie hands popping out of the screen will be quite a kick! Hopefully, if this does well that may invite a 3D Blu-ray disc release in the future!

Again, this is a limited-release event so move faster than those lumbering undead knuckleheads to reserve your tickets. Even if you don't like 3D just put the glasses on and close one eye and enjoy seeing one of the best horror films on the big screen!

*Main image is a still from the film I converted to anaglyph and is not indicative of the theatrical digital 3D experience.