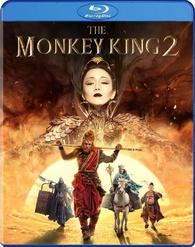 The Monkey King will return to Blu-ray in January.

As previously reported, Well Go USA is preparing 'The Monkey King 2' for Blu-ray on January 3.

Taking place 500 years after the Havoc in Heaven, the Tang Priest is appointed by Buddha to go to the West to fetch the sacred scriptures, only to accidentally free the Monkey King. With Lady White (Gong Li) aiming to break up the team assembled to defeat her, the Monkey King must fight in order to save his world! Action choreography by Sammo Hung.

Specs have not been announced yet, but supplements include a five-part making-of featurette.

You can find the latest specs for 'The Monkey King 2' linked from our Blu-ray Release Schedule, where it's indexed under January 3. 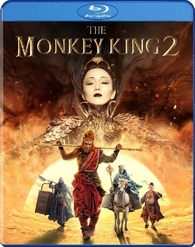