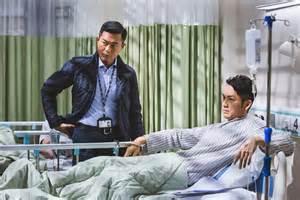 The bonus features for the 2016 crime thriller getting a high-definition release in April have now been detailed.

As previously reported, Well Go USA is preparing 'Three' for Blu-ray on April 4.

When a police sting goes bad, a master criminal (Wallace Chung, Drug War) makes a desperate choice: he forces the cops to shoot him. Once there, he refuses treatment, instead waiting for his cohorts to break him out.

Caught between an obsessed cop (Louis Koo, Triad Election) and the troubled surgeon assigned to save his life (Zhao Wei, Red Cliff), the hospital is now a taught-and-tense situation that could turn into a bloody battleground at any moment.

Specs have yet to be revealed, but supplements include two featurettes: "Master Director Johnnie To" and "Three Complex Characters".

You can find the latest specs for 'Three' linked from our Blu-ray Release Schedule, where it is indexed under April 4. 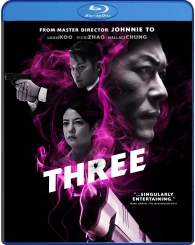