The animated action-adventure will be available in stores this December.

In an early announcement to retailers, Warner Brothers is working on 'The LEGO Ninjago Movie' for Blu-ray, Blu-ray 3D and 4K Ultra HD Blu-ray on December 19.

In the battle for NINJAGO City, Lloyd (Dave Franco), high school student by day and Green Ninja by night, gets thrown into the ultimate adventure with his secret ninja warrior friends! Led by the wise and wisecracking Master Wu (Jackie Chan), they must defeat evil warlord Garmadon (Justin Theroux), The Worst Guy Ever, who also happens to be Lloyd's dad. On their courageous journey, they learn to band together to unleash their inner power in an epic showdown to save the city.

You can find the latest specs for The LEGO Ninjago Movie linked from our Blu-ray and 4K, where it is indexed under December 19. 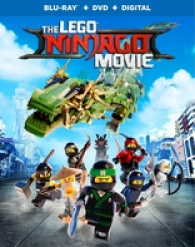 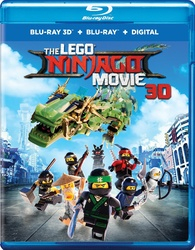 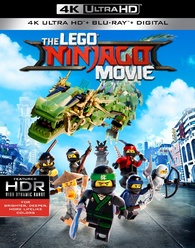