In an early announcement to retailers, Warner Brothers says Justice League vs. the Fatal Five will be available on 4K Ultra HD Blu-ray and Blu-ray on August 6.

The Justice League battles the Fatal Five, (Tharok, Emerald Empress, Validus, Mano and the Persuader). Based on the characters created by Jim Shooter.

You can find the latest specs for Justice League vs. the Fatal Five linked from our 4K and Blu-ray Release Schedules, where it is indexed under August 6. 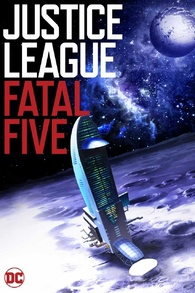