Bradley Cooper's film starring himself and Lady Gaga is already up for pre-orders at Amazon.

In an early announcement to retailers, Warner Brothers is working on A Star is Born for 4K Ultra HD Blu-ray and Blu-ray later this year.

A movie star helps a young singer/actress find fame, even as age and alcoholism send his own career into a downward spiral. An update of the classic rise and fall fable about the perils of hitting the big time in show business.

You can find the latest specs for A Star is Born linked from our 4K and Blu-ray Release Schedules, where it is indexed under PENDING. 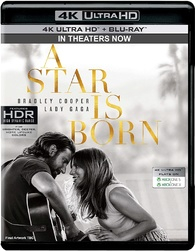 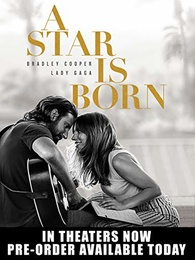