VIZIO has announced the addition of Amazon Video to its lineup of supported SmartCast TV apps. The service now joins previously available apps like Netflix, Hulu, Vudu, and Crackle.

"With the recent launch of SmartCast TV, one of the things we're most excited about is providing consumers with added entertainment options," said Matt McRae, Chief Technology Officer, VIZIO. "Amazon Video brings an array of content options to the screen, all accessible on the traditional remote via the Amazon Video button. We're glad to continue to bring in-demand content and solutions to our customers."

Amazon Video allows users to buy or rent titles from a growing collection of movies and TV shows. Likewise, Amazon Prime subscribers can also sign into their accounts through the app to access Prime Video content like Transparent, The Grand Tour, and Manchester by the Sea. Amazon Video is now available through the SmartCast TV platform directly on VIZIO 2017 P-Series and M-Series displays. In addition, the SmartCast TV update is also set to arrive on other models, including the E-Series, later this summer.

A current Amazon Prime subscription costs $99 per year or $11 per month. Likewise, Prime Instant Video is available as a standalone service for $9 per month. 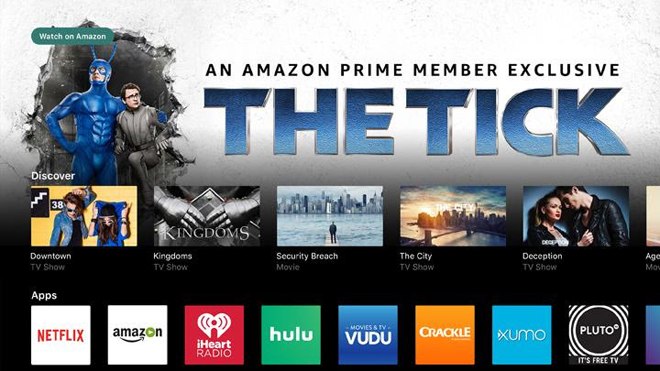 "The addition of Sling TV and more Channel Plus content provides LG OLED and LG SUPER UHD TV owners access to a robust slate of live TV and on-demand content," said Matt Durgin, LG Electronics USA's director of content innovation. "With literally hundreds of channels from top-tier content providers at their fingertips via our webOS smart TV platform, consumers can enjoy the content they love when they want to see it and on some of the top-rated TVs on the market."