In an early announcement to retailers, Universal is preparing 'Logan Lucky' for a Blu-ray and Ultra HD Blu-ray release on November 28.

Hoping to reverse a 'curse' that's hung over his family for generations, Jimmy Logan (Channing Tatum) hatches a plan to rob the Charlotte Motor Speedway during The Coca-Cola 600, NASCAR'S biggest race of the year. He convinces his bartender brother Clyde (Adam Driver) and hairdresser sister Mellie (Riley Keough) to help him pull everything off--but first they have to break the bomb-maker Joe Bang (Daniel Craig) out of jail in broad daylight. Academy Award® winner Hillary Swank plays a no-nonsense FBI agent determined to bring the Logans to justice and keep them from racing away with the loot in this high speed caper from Academy Award-winning director Steven Soderbergh.

Each release will feature a lossless 5.1 soundtrack and supplements include deleted scenes.

You can find the latest specs for Logan Lucky linked from our Blu-ray and 4K Release Schedules, where it is indexed under November 28. 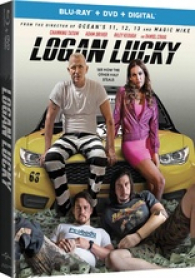 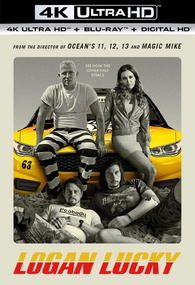