The inspirational drama based on a true story and starring Steve Carell is now available for pre-order at Amazon.

Academy Award winner Robert Zemeckis (Forrest Gump, Castaway) brings Welcome to Marwen, a bold, wondrous and timely film that is a miraculous true story of one broken man’s fight as he discovers how artistic imagination can restore the human spirit. When a devastating attack leaves Mark Hogancamp (Steve Carell) shattered and without his memory, no one expected recovery. But by putting together pieces from his old and new life, Mark meticulously creates a wondrous fantasy world, where he draws strength to triumph in the real one. His astonishing art installation becomes a testament to the powerful women who support him on his journey.

You can find the latest specs for Welcome to Marwen linked from our 4K and Blu-ray Release Schedules, where it is indexed under PENDING. 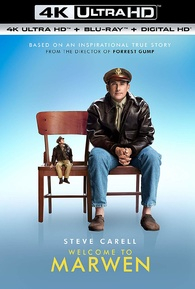 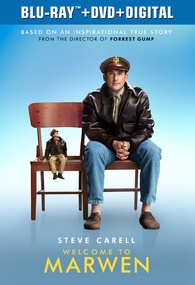