After arguably producing last year's best displays, LG has announced their entire 2017 LG OLED Ultra HD TV lineup at CES. In a world where premium display sales are up by over 20% for both $2,000+ and $3,000+ models, LG has made their best... better. The perfect black level performance, Ultra HD Premium certification, and model naming structure may be similar -- B7, C7, E7, G7 and W7 -- but there are a few dramatic changes and upgrades.

First, LG is done with both 3D and curved-screen displays, so if you're a fan of either and were waiting for OLED pricing to drop before buying one, grab a 2016 model as prices drop this spring (the E6 we reviewed was awesome).

Next, 2017-model peak luminance will be improved by 25% -- these OLEDs will be the first capable of hitting 1000 nits of brightness, albeit in small patches. Further, these new models will be able to reproduce 99% of the DCI P3 color space, up from 97% in 2016. (Interestingly enough, due to variances in panel production, some units will, in fact, hit 100%.) These improvements come on top of the fact that OLED technology is, according to LG, 13,000 more precise when dimming pixels than high-end LCDs.

All 2017 LG OLEDs will support Dolby Vision and HDR10 out of the box with an HLG (Hybrid Log Gamma) firmware update coming at a later date. These displays are also capable of supporting Technicolor's Advanced HDR and will feature a new Technicolor Expert Mode, which allows for complex calibration and color rendering. New for this year, LG has added Active HDR, a post-processing feature that analyzes HDR10 and HLG (Hybrid Log Gamma) content, extrapolating dynamic metadata akin to how Dolby Vision is natively encoded. LG says HDR10's use of static metadata can degrade luminance as well as lead to black and color distortion, which they hope Active HDR will correct. After testing out two displays with both Dolby Vision and HDR10 capability, I wholeheartedly agree; Dolby Vision is the standard bearer, and I hope Active HDR proves to be more than a gimmick (worst case, we can just turn it off).

[UPDATED 1/10/2017 with some clarification from Dolby... Another new feature for this year: Dolby Atmos capability (honestly my biggest gripe with the last year's lineup). Not only will 2017 models be capable of bitstreaming Dolby Atmos via HDMI ARC, but each display will deliver a Dolby Atmos experience via its internal speakers, including the E7 and G7's Sound Bar Stands as well as the W7's "detatched external speaker" (it is not a true sound bar as this external unit also includes power and processing circuitry along with various inputs and outputs). Please note the W7 does NOT include "a version of the LG SJ9 5.1.2 Soundbar" as previously written.]

LG's WebOS graphical user interface is also getting a boost for 2017. Dubbed WebOS 3.5, LG has vowed to "make TV simple again" by speeding up navigation as well as the number of steps required to access content. For example, you'll be able to program the Magic Remote's numerical buttons to specific apps like Netflix, VUDU, and Amazon. LG has also improved its keyword search functionality and seamlessly integrated available content from your subscriptions alongside free digital content.

Oh, and one last thing before we jump into specific model features, LG made a point of saying they're currently working on a way to improve OLED lag times for gamers. The current plan is to implement this change in time for the 2017 models as well as send out a firmware update for the 2016 models. 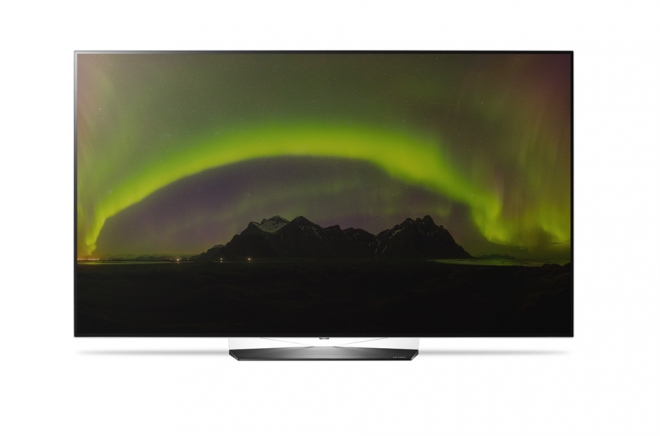 B7. LG's new entry-level OLED, taking the place of the B6. It includes all the performance specs we discussed above -- perfect black levels, perfect color, Active HDR, Dolby Vision, and Dolby Atmos -- in a design LG calls "Blade Slim. Screen sizes include 65" and 55". 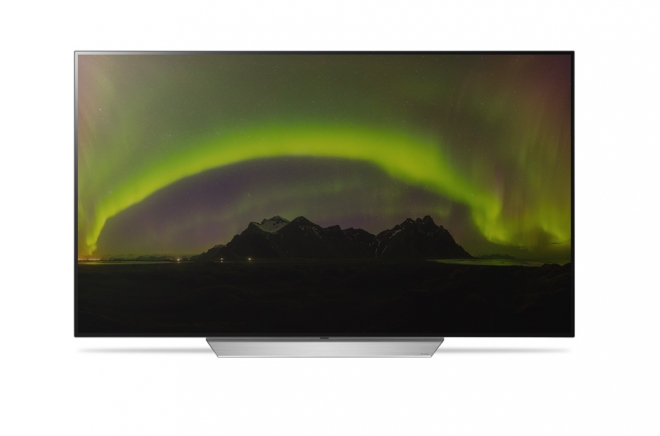 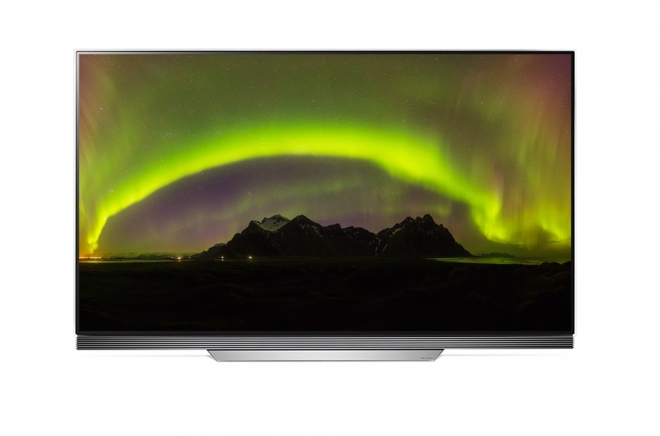 E7. Much like last year's E6, offers the stunning Picture On Glass design with a built-in Sound Bar Stand. Screen sizes include 65" and 55". 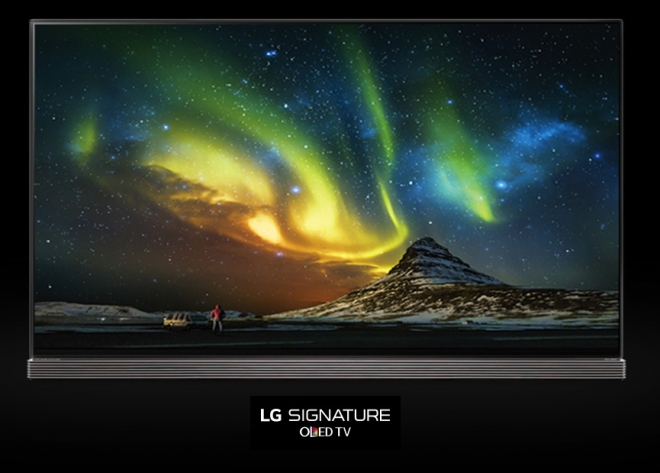 LG SIGNATURE G7. The G-level won't be this year's flagship model, but like the G6 it replaces, it includes a "foldable" Sound Bar Stand, which effectively allows you to turn the TV's stand into its own wall mount. The G7 will be available in 77" or 65" screen sizes. 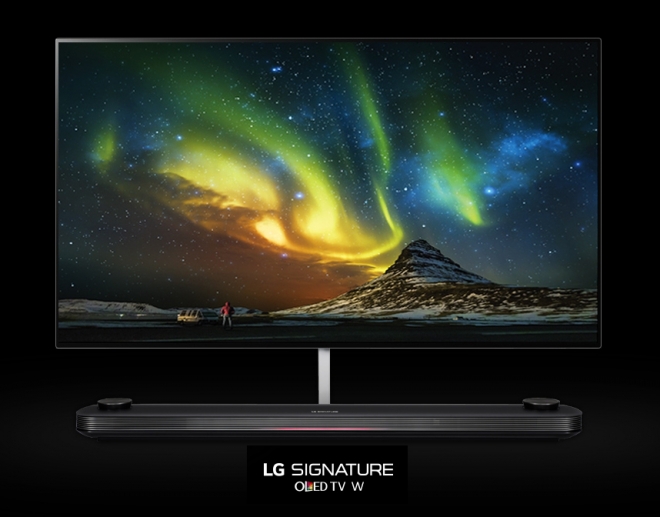 LG SIGNATURE W7. The 2017 flagship and will be available in 77" and 65" sizes. At 2.57mm thin (1/10th of an inch) and weighing 18lbs (for the 65"), LG describes the W7 design as Picture On Wall. A window into another wall. It attaches to your wall with magnetic brackets, ultimately sitting less than 4mm from your wall, so close it doesn't even cast a shadow. And it comes bundled with a Dolby Atmos Soundbar that handles the display's power and inputs.

While no specific pricing info has been announced, we can expect LG's 2017 OLED UHD TVs to be in showrooms shortly and available to purchase in March. The B6 MSRP'd around $3,200 last year with a Black Friday sale price of $2,700, while the flagship model cost $8,000 and $20,000 for the 65" and 77" models, respectively. My guess is that that pricing structure will carry over, though the W7 may be even pricer. If we're lucky we'll see a sub $3,000 MSRP on the B7, which is poised to be one of 2017's best Ultra HD TVs. Personally, I can't wait. I fell in love with the 2016 OLEDs, don't mind the lack of 3D or curved screen options, and can't wait to get one in for review ASAP.

WHAT DO YOU THINK?

Is 2017 the year you finally spring for an OLED? Let us know below or in the forums.