The company has announced its latest collection of limited edition Blu-rays, including Woody Allen's 'Stardust Memories.'

In an early announcement to retailers, Twilight Time is preparing eleven titles for Blu-ray throughout November and December. The full lineup includes:

I Want To Live! - A prostitute, sentenced to death for murder, pleads her innocence.

Moby Dick - The sole survivor of a lost whaling ship relates the tale of his captain's self-destructive obsession to hunt the white whale, Moby Dick.

Moscow On The Hudson - When a Russian musician defects in Bloomingdale's department store in New York, he finds adjusting to American life more difficult than he imagined.

Pretty Poison - When a mentally disturbed young man tells a pretty girl that he's a secret agent, she believes him, and murder and mayhem ensue.

The Boston Strangler - A series of brutal murders in Boston sparks a seemingly endless and increasingly complex manhunt.

Gran Bollito - Black Journal (originally titled Gran Bollito) is a 1977 Italian drama film directed by Mauro Bolognini. It is based on the real life events of Leonarda Cianciulli, the Italian serial killer best known as the "Soap-Maker of Correggio". 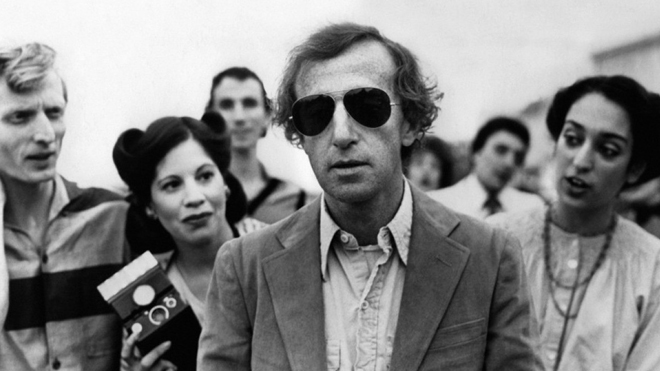 Stardust Memories -  While attending a retrospective of his work, a filmmaker recalls his life and his loves: the inspirations for his films.

Nicholas Nickleby - A young, compassionate man struggles to save his family and friends from the abusive exploitation of his cold-heartedly grasping uncle.

The Barefoot Contessa - With extraordinary beauty, talent and grace, Spanish dancer Maria Vargas (Ava Gardner) was born to be a star. Aided by American movie director Harry Dawes (Humphrey Bogart), she attains great success and fortune in Hollywood's land of dreams. But, though she gives her all for stardom, there is one thing Maria will never compromise her soul. No matter what the cost, The Barefoot Contessa will dance to no one's music but her own.The Keys Of The Kingdom - A marvelous spectacle spanning six decades and two continents, The Keys of the Kingdom is the glorious epic that introduced audiences to screen newcomer Gregory Peck.The Three Worlds Of Gulliver - Gulliver's spellbinding travels to the lands of great and small are captivating in this live-actionfantasy adventure.

Specs and supplements have not been detailed yet, but each disc will be limited to 3,000 units and will carry a suggested list price of $29.95.

You can find the latest specs for all of the titles listed above linked from our Blu-ray Release Schedule, where they're indexed under November 15 and December 13.