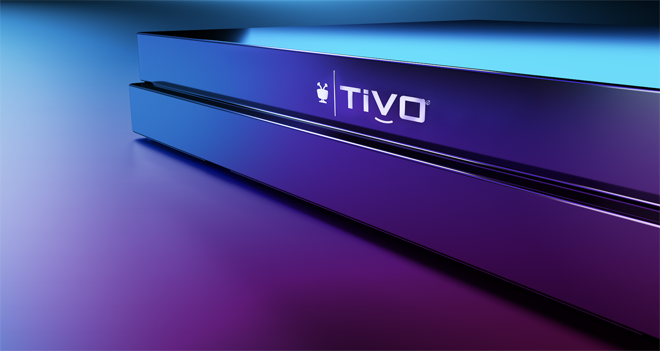 The company's latest media device has been revealed.

TiVo has announced the launch of its newest set-top box, the TiVo Edge. In addition, the company also revealed its new video network, dubbed TiVo+.

"Today people face confusion and overwhelming choice when it comes to home entertainment - US households have an average of 7.2 entertainment subscriptions, and that’s growing all the time," said Dave Shull, president and CEO, TiVo. "Everyone at TiVo is passionate about helping viewers make sense of that sea of options by bringing all their entertainment together in one place. TiVo+ and TiVo EDGE will make it easier for viewers to find and enjoy watching what they love across live TV, DVR and online streaming services."

And beyond its new set-top boxes, TiVo announced its new TiVo+ service as well. The live streaming platform is set to launch on TiVo devices in the coming weeks, and will offer a curated selection of free entertainment channels, including TMZ, Outside TV+, PowerNation, FailArmy, Unsolved Mysteries, Hell's Kitchen/Kitchen Nightmares, Food52, Ameba, and more.