The video streaming platform now includes access to Spotify tracks from its series and films.

STARZ and Spotify have announced the integration of Spotify music into the STARZ streaming platform. With the mingling of both services, STARZ customers can now play back music tracks from select series and films.

"Starz is thrilled to share plans to soon integrate Spotify's industry-leading streaming audio capabilities into the STARZ app," said Jeffrey Hirsch, Chief Operating Officer at Starz. "Spotify integration will complement and fortify the STARZ app's appeal for distributors and consumers alike. Boasting great premium content, download capabilities, and wide availability for free use by participating cable, satellite and telco providers and a low monthly price of just $8.99 for direct subscriptions, the STARZ app has burst onto the OTT landscape, quickly become a leading player in the space."

With Spotify integration into the STARZ streaming app, users will now gain access to an extensive collection of songs and soundtracks from TV shows like 'Power' and 'Outlander,' and movies like 'Star Wars: The Force Awakens,' 'Annie' and Disney's 'Inside Out.' Spotify Premium users can login and listen to full tracks while Free users can access 30-second track previews. In addition, customers can now save and follow Spotify playlists from directly within the STARZ app. Likewise, Spotify users will be treated to customized STARZ video recommendations based on their Spotify listening preferences.

The STARZ streaming service provides access to more than 2,700 titles each month, including STARZ original series like 'Outlander,' 'Power,' 'The Girlfriend Experience,' and the upcoming 'American Gods,' as well as popular movies including 'Star Wars: The Force Awakens.' Likewise, subscribers can also watch content from STARZ sister networks STARZ ENCORE and MOVIEPLEX .The service lets up to four users watch programming simultaneously along with support for virtually unlimited downloads.

STARZ streaming is available for Chromecast, Apple TV (4th gen and newer), iPhones and iPads running iOS 7.0 or higher, Google Nexus Player, Sony Android TV, Roku media players and Roku TVs, and most Android phones, tablets and TV devices. Customers can subscribe to the STARZ digital service in-app from their supported devices or through PCs and MACs. Likewise, current STARZ cable and satellite subscribers can also use the app by authenticating their memberships. The service costs $9 per month and new users can receive a free 7 day trial. 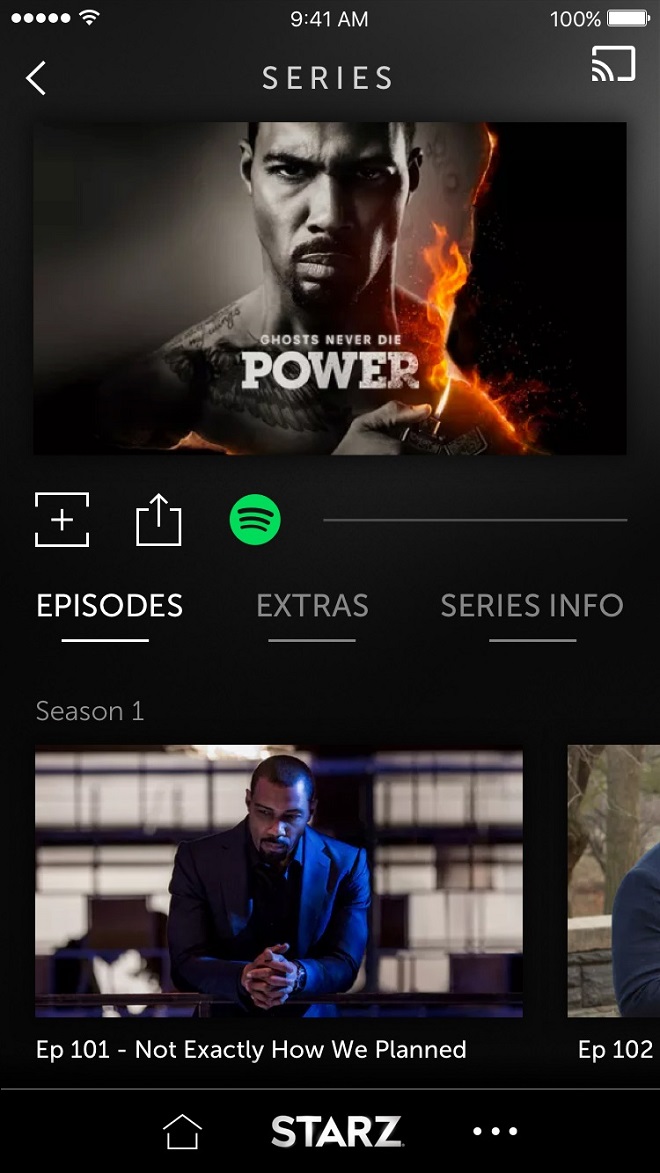