The upcoming streaming series has announced a new cast member.

CBS has announced the addition of James Frain to the cast of 'Star Trek: Discovery.' The actor is set to play the role of Sarek, the father of Spock. Unfortunately, along with the casting announcement, CBS has also confirmed another delay for the show's premiere date. Though the series was set to start streaming through CBS All Access in May, the premiere has now been pushed to an unspecified future date.

Star Trek, one of the most iconic and influential global television franchises, returns to television 50 years after it first premiered with STAR TREK: DISCOVERY. The series will feature a new ship, new characters, and new missions, while embracing the same ideology and hope for the future that inspired a generation of dreamers and doers. 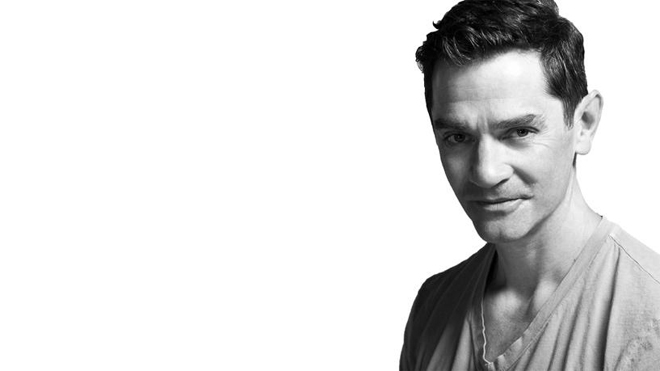 James Frain will now join previously announced cast members Sonequa Martin-Green, Doug Jones, Michelle Yeoh, Anthony Rapp, Chris Obi, Shazad Latif, and Mary Chieffo as the show gears up to start filming in Toronto next week. While a new launch date has not been revealed yet, the series is still set to air a special premiere episode on the CBS Television Network. Following that initial broadcast, all first run episodes of the show will be available exclusively through the CBS All Access streaming platform in the US. In addition, the series will stream globally (outside of the US and Canada) through Netflix.

CBS All Access offers next day streaming for new episodes of many popular shows and a library of over 8,500 on demand episodes, including content from current programs like 'Limitless' and 'Elementary,' and classic series like 'Star Trek' and 'Cheers.' Likewise, customers in more than 150 markets across the US -- including New York, Los Angeles, San Francisco, Chicago and Philadelphia -- can watch live local CBS broadcasts through the app. The service is available in two subscription plans: reduced commercials for $5.99 per month or commercial-free for $9.99 per month. The commercial free option offers ad-free playback of on demand content and upcoming original shows. With that said, live streaming will still include the same commercials found in standard over-the-air broadcasts.