Sony has announced a launch date for its new Ultra HD streaming platform. The ULTRA app is set to debut on April 4 in the US through Sony 4K Ultra HD TVs with Android TV support. 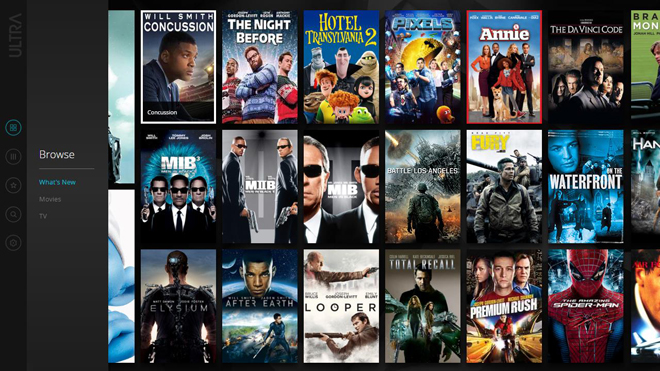 ULTRA is powered by the Sony Pictures Store and will offer numerous 4K Ultra HD titles for purchase, including several movies in HDR (high dynamic range). Likewise, select content will also include Digital Extras at no additional cost. The ULTRA library of titles will include new releases like 'Concussion,' 'The Night Before,' and 'The Walk,' along with catalog titles like 'Crouching Tiger Hidden Dragon' and 'Ghostbusters,' priced at $30 in 4K with HDR. Likewise, users can link their ULTRA profiles to existing UltraViolet libraries, allowing customers to stream previously purchased or redeemed UltraViolet copies of Sony Pictures content. In addition, customers who already own HD versions of select Sony titles through the Sony Pictures Store will also be able to upgrade to 4K versions at a discounted price.

"ULTRA takes advantage of the latest industry innovations – 4K resolution, high dynamic range, a wider color spectrum, digital movie extras, and UltraViolet interoperability – so viewers get the most out of their televisions and their movie collections," Jake Winett added.

The Sony ULTRA 4K streaming app will be supported on Sony's new 4K Ultra HD TVs powered by Android. The service will launch in the US on April 4. And as an added bonus, customers who buy eligible Sony 4K televisions with ULTRA this summer will receive four complimentary movies when they sign up for the service.