Vampires, killers, and the Peanuts gang are all heading to 4K Ultra HD Blu-ray.

First up, Universal Studios is set to release James DeMonaco's The Purge: 3-Film Collection on September 12. The package will include:

All three films will feature 2160p video with HDR10 high dynamic range and DTS:X soundtracks. Supplements will include:

- Surviving the Night: The Making of The Purge
- Deleted Scenes
- Behind the Anarchy
- Inside The Purge
- Character Spotlight: Leo 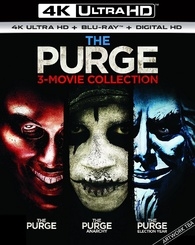 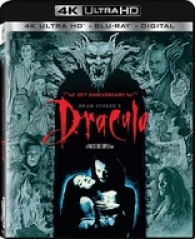 A Charlie Brown Thanksgiving on October 24. The release will also include The Mayflower Voyagers and Play It Again, Charlie Brown.

In addition, a Peanuts: Holiday Collection box set with all nine of the above specials will be available on October 10.

All four Ultra HD Blu-ray releases will feature 2160p video with HDR (high dynamic range). No other details have been announced at this time.