Several new headphones have been announced.

The MDR-XB950N1 and MDR-XB950B1 wireless headphones both offer enhanced bass response, Bluetooth audio streaming connectivity with Near Field Communications (NFC) technology, and aptX & AAC codec support. Likewise, the headphones feature a hands-free calling option through an integrated microphone and Bluetooth profile. Users can also control the headphones with the Sony Headphones Connect app, allowing listeners to emulate different listening experiences, including Arena, Club, Concert Hall, and Outdoor Stage, along with the option to adjust bass levels. In addition, the MDR-XB950N1 model includes added noise cancelling technology. The XB950B1 is rated for up to 18 hours of use on a full charge while the XB950N1 is rated for up to 22 hours of continuous, wireless music playback. 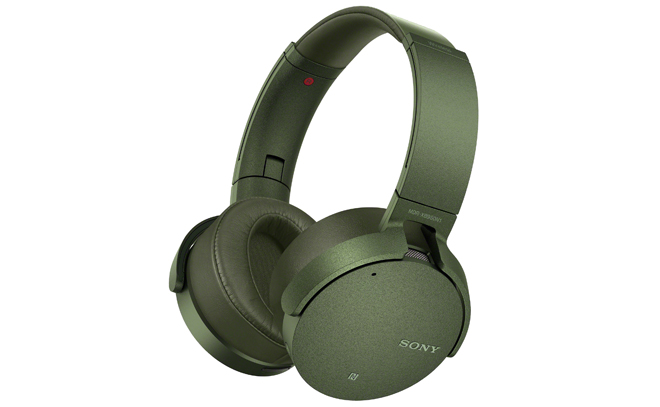 Meanwhile, the MDR-XB550AP wired headphones feature 30 mm driver units with a 5 – 22,000 Hz frequency response. In addition, the headphones use a premium metal headband and include an in-line remote with microphone for simple controls, including call answer/end, and audio track play/pause functionality. Likewise, customers can also use a Smart Key App (available at Google Play) to customize the control of the in-line remote through their smartphone. The MDR-XB550AP will be available in black, red, blue, green, and white.

Finally, the MDR-XB510AS in-ear sports headphones feature enhanced bass along with an arc supporter design, ensuring a stable fit for active users. Likewise, the headphones are IPX5/7 water-proof and highly sweat resistant, making them the perfect fit for workouts. In addition to the arc supporter, the unit also includes a clip, cord adjuster, and mesh carrying pouch.

Exact release dates and pricing have not been announced yet, but the new Sony EXTRA BASS Headphones Series will be available in Spring 2017.