Jim Henson's classic fantasy adventure will be getting a 30th Anniversary Edition later this year.

In an early announcement to retailers, Sony is preparing 'Labyrinth: 30th Anniversary Edition' for Blu-ray on September 20. In addition, an Ultra HD Blu-ray and an Amazon Exclusive Blu-ray Gift Set will be released that same day as well.

Fifteen-year-old Sarah (Jennifer Connelly) is so resentful of her baby brother Toby that she hopes he will just disappear. Her dream becomes reality when goblins kidnap the boy--but Sarah unexpectedly finds herself horrified by the loss. So she sets forth to retrieve him, and finds herself on the adventure of a lifetime. To accomplish her task, she will somehow have to reach the center of the fantastical labyrinth where the wicked Goblin King (David Bowie, who performs two songs) has imprisoned the lad. But the task is easier said than done, for the maze is filled with strange creatures and mind-bending puzzles that confuse the girl. Directed by Jim Henson and penned by Monty Python's Terry Jones, 'Labyrinth' is a distinctive, beautifully designed dark fantasy for all ages. 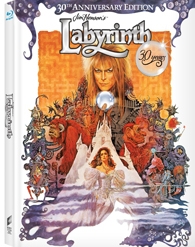 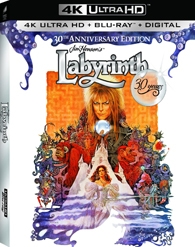 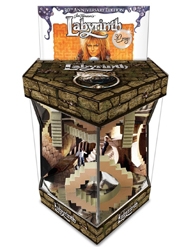