Sony has announced the latest additions to its 4K Ultra HD TV lineup. The new collection includes the X720E and X690E series with sizes ranging from 43 inches to 70 inches.

The X720E models feature edge-lit LED backlighting while the X690E feature direct LED backlighting -- though neither series uses local dimming. Both TV series offer 4K resolution with HDR10 support, along with the company's 4K X-Reality PRO engine for improving HD and SD content by upscaling every pixel to near 4K quality. In addition, the sets use Dynamic Contrast Enhancer tech to produce brighter highlights, deeper blacks, and more natural tonal gradation. Likewise, the displays include Sony’s MotionFlow XR refresh rate technology. ClearAudio+ technology and a hidden cable routing design for a clean look are integrated as well. Finally, the TVs come with a remote control with quick access to YouTube and Netflix through dedicated buttons. 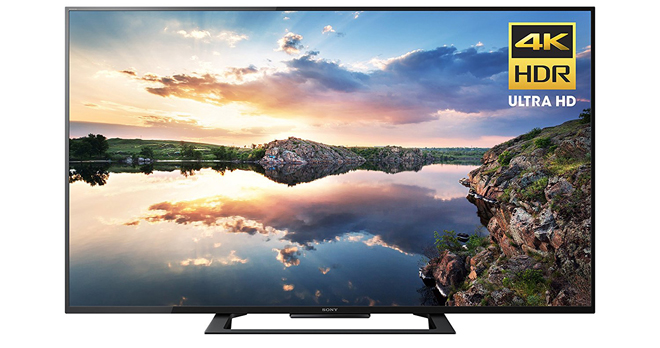 Here's a full rundown of pricing for each model per Sony:

Both series are now available for pre-order through Sony authorized retailers like Best Buy and Amazon. The X720E series is set to start shipping in late June and the X690E is expected to hit stores in early August.