The superhero horror flick is coming to home video in August.

Sony says Brightburn will hit stores on 4K Ultra HD Blu-ray and Blu-ray on August 20. The digital release will be available on August 6.

What if a child from another world crash-landed on Earth, but instead of becoming a hero to mankind, he proved to be something far more sinister? With Brightburn, the visionary filmmaker of Guardians of the Galaxy and Slither presents a startling, subversive take on a radical new genre: superhero horror.

Supplements on both releases will include:

"Hero-Horror!" featurette: It's not often filmmakers successfully and seamlessly combine both Horror and Superhero into a genre-bending "Hero-Horror" category. Hear from Producer James Gunn and Screenwriters Brian and Mark Gunn as we will learn the methods of their filmmaking style and their dotting of the "i"'s and slashing of the "t"'s storytelling process.

"Nature vs. Nurture" featurette: Hear from Actor Jackson A. Dunn, Producer James Gunn, Screenwriters Brian and Mark Gunn and understand the creative process involved in flipping the script of the traditional "Superhero" and diving into what motivates and moves our new Anti-hero, Brandon Breyer.

You can find the latest specs for Brightburn linked from our 4K and Blu-ray Release Schedules, where it is indexed under August 20. 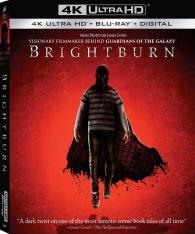 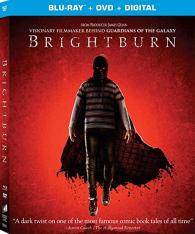