Both IMAX releases will be available in July.

In an early announcement to retailers, Shout Factory is set to release 'National Parks Adventure' and 'Dream Big: Engineering Our World' on 4K Ultra HD Blu-ray on July 24.

The power of America’s national parks is undeniable. Millions have packed up the family to hike through impossibly lush forests, to gaze upon towering cliffs and deep-plunging canyons, to witness the breathtaking arcs of natural history, and, most of all, to share moments of wonder amid the protected treasures of this land.

A MacGillivray Freeman film produced in association with Brand USA and narrated by Academy Award® winner* Robert Redford, National Parks Adventure is acclaimed filmmaker Greg MacGillivray’s most visually ambitious giant-screen film to date — a film that offers not only a sweeping overview of the national parks’ history, but is equal parts adrenaline-pumping odyssey and soulful reflection on what the wilderness means to us all.

Narrated by Academy Award® winner Jeff Bridges (Crazy Heart), Dream Big: Engineering Our World is a spectacular look at man-made marvels that will forever transform the way you think about engineering. It celebrates the human ingenuity behind engineering marvels big and small and shows how engineers push the limits of innovation in unexpected and amazing ways. It is more than a movie — it’s part of a movement aimed at bringing engineering into the forefront of our culture. Dream Big is the first giant-screen film to answer the call of the STEM (Science, Technology, Engineering, Math) initiative, which aims to inspire kids of diverse backgrounds to become the innovators who will improve the lives of people across our entire planet as we head into the twenty-first century and beyond. That’s why the film will be accompanied by ongoing educational, museum and community efforts to expose young people from all backgrounds to what engineering is … and what it can conjure in the world. 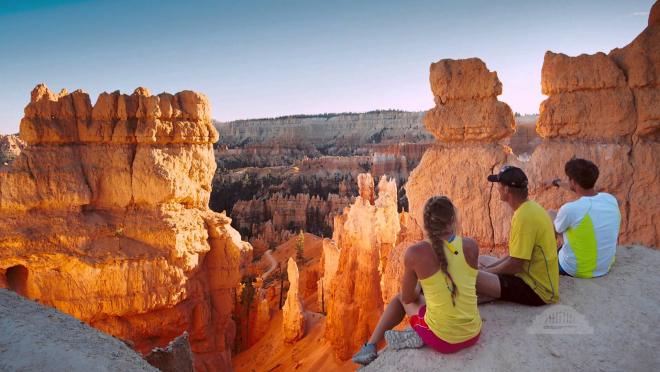 Specs and supplements have yet to be revealed, but each release will be a 4K UHD, Blu-ray 3D, Blu-ray, Digital Copy combo pack. 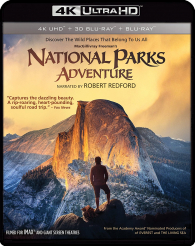 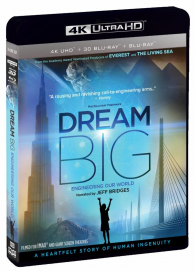