The nature documentary is fluttering toward Blu-ray and Ultra HD Blu-ray in July.

In an early announcement to retailers, Shout Factory is preparing 'Flight of the Butterflies' for Blu-ray on July 12. An Ultra HD Blu-ray/Blu-ray 3D version will also be released on that same day.

Produced by SK Films, FLIGHT OF THE BUTTERFLIES is a unique and memorable cinema experience that follows a tiny creature’s epic story of endurance on one of the most spectacular migrations on earth. On the trail of one of nature’s greatest events, we will witness, as never before, one generation from some 100 million monarch butterflies as they travel across a continent on a perilous journey of 1,000 miles or more ... and not to just anywhere, but to a remote forest on a Mexican mountaintop, a destination that was once an impenetrable mystery. The iconic monarch butterfly is a true marvel of nature.  Weighing less than a penny, it makes one of the longest migrations on Earth across a continent, with pinpoint navigational accuracy, to a secluded place it has never been. Follow the monarchs' perilous and extraordinary journey and join hundreds of millions of real butterflies in the remote mountain peaks of Mexico. For the first time ever, witness the transformation from caterpillar to butterfly, inside a chrysalis, thanks to advanced MRI and micro CT scans. Be captivated by the true and compelling story of an intrepid scientist's 40-year search to find their secret hideaway, with the help of citizen scientists across North America. 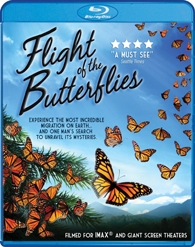 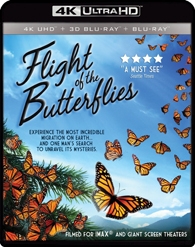