We've compiled the latest gear news, including a new wireless projector screen and the arrival of YouTube on Xfinity DVRs.

For this edition, we're covering the launch of Screen Innovations Solo wireless motorized projection screen, the addition of YouTube to the Comcast Xfinity platform, and Hulu updates for the Sony PS3 and PS4.

Screen Innovations has announced the launch of its latest projector screen. The new Solo and Solo Pro serve as wireless, rollable, portable, motorized versions of the company's Zero Edge screen.

"We have one goal." Said Ryan Gustafson, SI's President. "Create amazing experiences. We know if we accomplish that, our dealers will thrive."

The Solo projector screen is completely wire-free and can be mounted almost anywhere. The screen features a small, lightweight form factor that can be carried in the palm of a user's hands, along with several designer mounting options, including quick release brackets, ceiling brackets, or even suction cups for windows, RVs or Airstreams. In addition, the device uses an intelligent, lithium-powered, rechargeable motor with a patent pending magnetic charging system for up to 500 recharge cycles and over two years of use on a single charge.

"Probably the most beautiful thing about the screen is not actually the screen itself, but how it seamlessly fits into its environment, and more importantly, your control system," remarked Tom Cooley, SI’s COO. "We are capable of integrating with all of the major control ecosystems, even Amazon Echo for voice activated control. To top it off, we have engineered a new control device, Solo Control, which enables a wide array of I/O ports while maintaining a completely wireless connection to the screen."

Solo screens will be available in Slate 1.2 ambient light rejecting material in 80 inch and 100 inch sizes. Meanwhile, the Solo Pro will be available in both variations of Slate and Pure, in standard and acoustically transparent versions, and 360 rear-pro flexible material viewable from both sides with sizes ranging from 80 inches to 120 inches. Likewise, Solo Pro will be offered in 12 color options hand-picked by designers.

Screen Innovations' Solo is set to launch in November with prices starting at $1,600.

Comcast and Google have announced the addition of integrated YouTube support on the Xfinity X1 platform. As part of the update, YouTube videos will be featured through the X1 YouTube app and throughout the Xfinity on Demand menu, alongside other on demand, live, DVR and web programming included with an Xfinity TV subscription.

"Giving our customers seamless access to live, on demand and internet content in one place continues to be a key part of our strategy and we are excited to now add YouTube to the X1 experience," said Matt Strauss, Executive Vice President, Xfinity Services, Comcast Cable. "By adding billions of YouTube videos to our video platform, we are taking our role as the aggregator of aggregators to a new level and reaffirming that X1 is the best place to easily discover and access all types of entertainment with the sound of your voice."

"The living room is YouTube's fastest growing platform. We are excited to supercharge our distribution there and bring Xfinity X1 users a seamless way to consume all of the content they love. Voice is a key enabler to discovery and we are looking forward to bringing it to Xfinity X1 users," said Robert Kyncl, Chief Business Officer, YouTube.

In addition to YouTube, Comcast previously integrated the Netflix app into the Xfinity X1 platform.

Hulu has announced the launch of its new UI on the Sony PS3 and PS4. Hulu Subscribers with a PS3 or PS4 will be automatically upgraded to the updated interface, offering expanded personalization features.

The new UI features support for creating personal profiles along with improved navigation features. Here's a rundown of the interface's updated categories per Hulu:

- Home for the most timely and relevant content, specific to you based on your viewing history and preferences

- My Stuff for the things you’ve selected to keep track of and will remember what you’ve already watched, what you have left to finish and let you know what’s expiring soon. When you first start using the new Hulu experience, we’ll offer to import your profile’s Watchlist into My Stuff.

- Search for finding a specific title 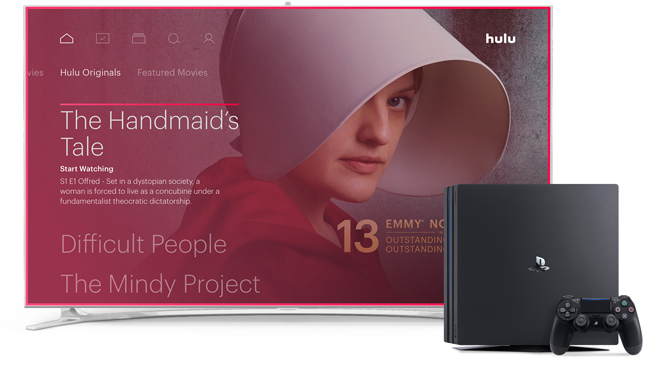 In addition, PS3 and PS4 Hulu subscribers can also subscribe to add on packs from HBO, Cinemax, and Showtime providing access to even more premium content. With that said, Hulu has yet to add PS3 and PS4 support for its live TV streaming option. The Hulu Live TV Beta is currently available on the Xbox 360, Apple TV, Xbox One, iOS and Android mobile devices, Chromecast, Amazon Fire TV, and Fire TV Stick.

A current Hulu subscription starts at $8 per month with commercials. In addition, ad-free playback is available for $12 per month. Meanwhile, the Live TV Beta costs $40 per month.